Keith Levene, a pioneering guitarist who cofounded The Clash and later worked with Public Image Ltd., passed away on Friday at the age of 65 from liver cancer at his Norfolk, UK, home. Adam Hammond, a writer and author verified the demise. Keith Levene, the iconic guitarist with Public Image Limited passed suddenly on Friday, November 11, according to a statement from Hammond.

Keith was without a doubt one of the greatest guitarists of all time in terms of innovation, audacity and influence. Keith intended to establish a new paradigm in music and with the help of partners John Lydon and Jah Wobble, he was successful in doing so, according to Hammond.

The opening song on the first PiL album, “Theme,” which lasted nine minutes was established by his guitar work as the standard for alternative music.

just found out Keith Levene passed away. i owe him much of my guitar style, in some ways. he made it possible to be me. @realjahwobble @marteeeen very sad, but a big thank you❤️

Along with collaborating with Mick Jones to create The Clash, Keith also played a significant role in shaping PiL’s era-defining status as the most significant band. The work of Keith is heavily credited in so much of what we hear today while most of it is not.

“Our love and thoughts are with his companion Kate, sister Jill and all of Keith’s family and friends,” Hammond ended. The absence of his intellect makes the world a darker place. Without my partner, mine will be darker.

Early in the 1970s, Levene worked as a roadie for Yes. In 1976, he and Mick Jones created The Clash. They convinced Joe Strummer to join them by working together. Levene participated in The Clash’s early performances and contributed “What’s My Name” to their self-titled first album from 1977.

Levene, however, quit The Clash before they started making songs. After the Sex Pistols split up, he went on to found Public Image Ltd with John Lydon (a.k.a. Johnny Rotten). The single “Public Image,” which debuted in the Top 10 was followed by their debut album, Public Image: First Issue, which peaked at No. 22. Metal Box, their second album from 1979 is recognized as a post-punk classic. In 1983, he departed PiL.

Travel on well Keith Levene. You innovated, you chimed, you Clashed, you soundtracked Johnny Rotten's last great moments and you once trounced me at Space Invaders.

He is survived by Kate Ransford, who, together with Jill Bennett’s sister and her husband was by his side during his last moments. Plans for the memorial were not immediately known. 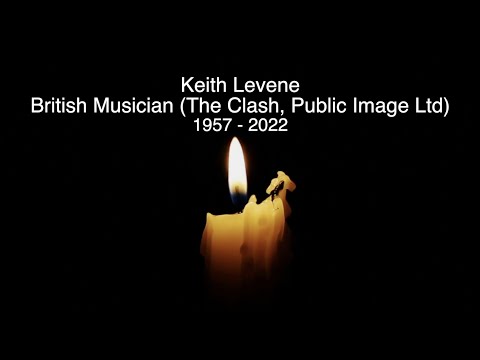 Want Some Related Articles? we have covered some top news like this, you can check the…

How Did Adam Zimmer Die? What Was His Cause Of Death?

Jullie Powell’s Net Worth At The Time Of Her Death?

When did Keith Levene exit the clash?

Which member of the clash died?

According to a close acquaintance, Levene was “one of the most original, bold, and influential guitarists of all time.” Keith Levene, The Clash’s guitarist and founding member, died at the age of 65.

Keith Levene, a pioneering British guitarist who helped form The Clash and Public Image Ltd., passed away on Friday from liver cancer. He was 65.

Bookmark our website for the more latest news. Stay connected with us on Lee Daily.com for more updates.