In the newest trailer for Sonic Prime, the upcoming animated series on Netflix, Sonic the Hedgehog is seen exploring the Shatter-verse. In the new trailer, Sonic and his friends are fighting the Eggman when Sonic goes into overdrive and accidentally travels to another world where everyone has upgraded equipment.

He discovers additional new planets while exploring the “shatter spaces” but the trailer makes it clear that nothing will remain to fight for if they lose this battle. Bright colors and smooth transitions give the computer-generated animation a lavish appearance.

The plot seems to be fairly appropriate given that Sonic has already entered its own Shatter-verse, whereas most cinematic universes are attempting to create a multiverse. We’ll see Sonic the Hedgehog in the future film struggling desperately to put his prime world back together and save his former buddies, who in the Shatter-verse no longer recognize him.

This will be a truly epic adventure as we follow the titular hero as he explores different lands and meets new people. The CG animated show will include 8 episodes in its first season, 7 of which will be 20 minutes long and 1 special episode will be 40 minutes long.

The planned series will be animated by WildBrain and it will be produced by SEGA, WildBrain and Marza. Sega’s flagship franchise, Sonic the Hedgehog has inspired a variety of comic books and animated films but its live-action film franchise is probably the most well-known to the general public.

The global box office haul for Sonic the Hedgehog 2 reached $400 million USD, making it the video game adaptation with the greatest domestic debut ever. Additionally, it outperformed the first installment in the series which is presently in third place behind the Uncharted movie with Tom Holland.

The Next Series’ New Trailer And Plot Summary Are Available Below 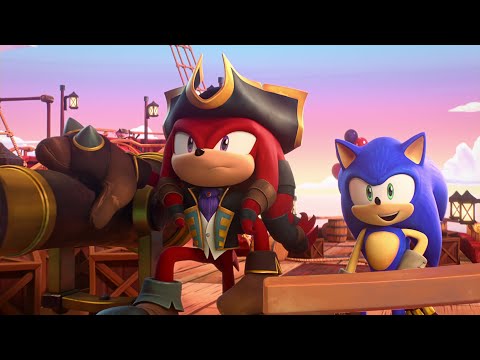 When a run-in with Dr. Eggman leads to a literally universe-shattering event, Sonic the Hedgehog’s action-packed escapades kick into overdrive. Sonic speeds through the Shatterverse, encountering odd realms and joining new pals in an epic journey of a lifetime, desperately trying to put together his prime reality and save his old comrades.

Stay connected with us on Lee Daily for more updates.