The second season of “Chucky” ends on Wednesday, November 23, but don’t be fooled by the fact that it started on Thanksgiving Eve. The last episode of Season 2 is about CHRISTMAS!

This year’s last episode is called “Chucky Actually,” and Chucky will use a chainsaw to cut his way into the holiday season. In a sneak peek, he’s coming down the chimney with a chainsaw.

In the last episode of Season 2 of “Chucky,” Jake, Devon, and Lexy, who are known as the “3 Amigos,” get a special gift. While this is going on, Tiffany plans her escape.

Watch the official teaser for “Chucky Actually” below. Chucky is wearing a Santa hat, Tiffany is wearing a green Christmas dress, and Hackensack is covered in snow.

It looks like all of our Christmas wishes about Chucky are about to come true. The season two finale of “Chucky” will air on November 23 at 9 p.m. EST on USA and SYFY.

Where can I watch Chucky?

Chucky debuted in October 2021 as an original show on both Syfy and USA Network. It came out at the same time on both networks. It is made by Don Mancini, who also made the first series of Child’s Play movies.

Mancini is also a producer and executive producer for the TV show, along with David Kirschner, Nick Antosca, Harley Peyton, and Alex Hedlund.

#Chucky Season 2’s finale is a blood-drenched Christmas miracle! This has become my favorite episode of the season. There are many shocking moments, gruesome kills, and it’s so much fun. All I want for Christmas is Chucky Season 3. pic.twitter.com/NY47CntLTF

Fans and critics both liked the first season of the horror series, and it got good reviews. Within a month of the first episode, in November 2021, the show was renewed for a second season, which was set to come out in the fall of 2022.

The first season of Chucky can be streamed on Syfy.com and Peacock. The show is also available on Sling TV, DirecTV, and Spectrum. Fubo TV also has the first season, but only seven of the eight episodes. 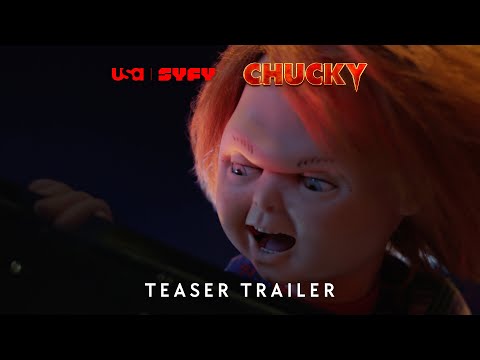 The trailer for Chucky Season 2 feels like a classic slasher thriller with a strong supernatural horror element. As you might expect, there will be a lot of blood, chasing, screaming, and haunting as the scary, demonic doll gets ready to kill again.

The trailer is pretty campy, which is kind of typical of this franchise and fits with the original story from the 1980s and 1990s. For short of spoiling the experience of watching it, let’s just say that the second season would be a classic terror fest with jump scares and alarming moments.

But since it’s aimed at a younger crowd, it wouldn’t be as scary as some of the more mature stories in this genre. Follow us only on Lee Daily for more news like this.