In Her Hands, a brand-new Netflix documentary is scheduled to debut on the service on November 16, 2022, at 3 AM ET. The documentary follows Zarifa Ghafari, Afghanistan’s first female mayor, as she navigates different risks and difficulties in the volatile political climate of her nation.

Marcel Mettelsiefen and Tamana Ayazi are the directors of the documentary. The film’s executive producers are Chelsea Clinton and Hillary Rodham Clinton.

In Her Hands on Netflix will be a riveting watch.

On October 26, 2022, Netflix released the official trailer for In Her Hands, which gives viewers a peek at Zarifa Ghafari’s struggle and Afghanistan’s turbulent political climate. The teaser has a gloomy tone that is appropriate for the subject matter.

The instability that arose in Afghanistan after the Taliban seized power there in 2021 is briefly shown in the In Her Hands trailer. It demonstrates Ghafari’s valiant efforts to improve the social standing of women in her nation as she campaigns for their education, among other things.

On its official YouTube account, Netflix posted a brief synopsis of the show along with the trailer.

”In Her Hands tells the story of Zarifa Ghafari, one of Afghanistan’s first female mayors and the youngest person, at 26, to hold the position. The film documents her fight to survive and narrowly escape against the backdrop of her nation’s accelerated unraveling.”

Viewers should expect a compelling and moving documentary that highlights a young woman’s struggle trying to survive in a country torn apart by political ideals and beliefs based on the trailer and synopsis. It also looks at the deadly political situation in Afghanistan in August 2021.

Viewers may anticipate a clear and thorough depiction of Zarifa Ghafari’s life, including the challenges and risks she has faced over the years.

Critics generally gave In Her Hands mixed to excellent reviews after its premiere at the Toronto Film Festival in September of this year. They praised the film’s goals, tone, and nuanced subject representation.

In 1994, Zarifa Ghafari was born in Kabul. According to reports, militants shot and killed Ghafari’s army veteran father, Abdul Wasi Ghafari, in November 2020. She reportedly attended school in Afghanistan before continuing her education in India.

At 24, Ghafari became the youngest and first female mayor in Afghanistan’s history. She served as the mayor of Maidan Shahr. Zarifa Ghafari, the nation’s mayor, had to deal with numerous risks and difficulties. She supposedly faced multiple assassination attempts and received numerous death threats. 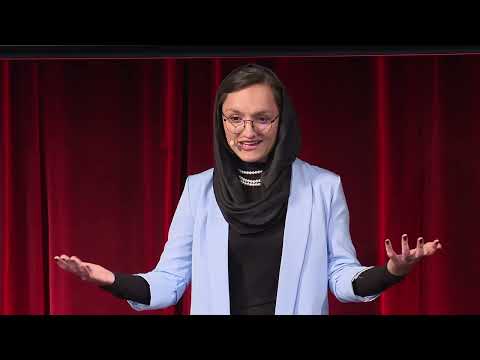 As she attempted to assist them in getting a better education amid the political unrest in the nation, Ghafari is infamous for her fight against women in the country. Ghafari is said to have been forced to leave her homeland after the Taliban seized power in Afghanistan in August 2021. She is now a resident of Germany.

In Her Hands is an insightful, thought-provoking, tragic, and enlightening documentary. The story recounted is considerably more intimate and heartbreaking than a comprehensive exploration of the tumultuous politics surrounding Afghanistan and the conflict that ultimately resulted in the US withdrawing and letting the Taliban engulf Kabul.

The movie centers on Zafira Ghafari, the youngest female mayor in Afghanistan’s history and one of the country’s first. This goes against the long-standing regulations and notions about female duties prevalent in Afghanistan and irritates many people, including the Taliban.

Despite getting death threats, Zafira is unwavering in encouraging young Afghan women and committed citizens to fight for greater equality despite enormous prejudice and peril.

To present a balanced picture, the documentary alternates between Zafira’s attempts to be heard and footage taken from the perspective of a Taliban commanding officer. The latter have views on what makes for a just and moral society. It’s not an easy watch, as one might anticipate.

The Fall of Kabul, filmed with a tremendously suspenseful and startlingly raw atmosphere, is the culmination of the previous 30 minutes, which are the tensest. 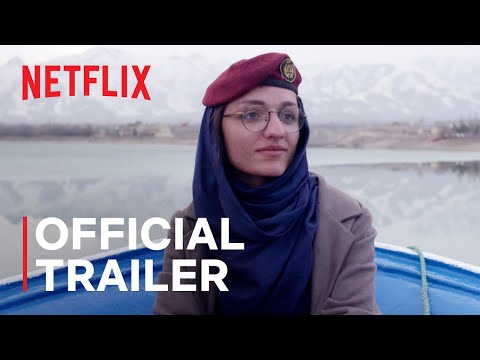 There are also highly terrible moments in In Her Hands, and it doesn’t hold back from that shock either. One such instance is witnessing a classroom full of injured girls being victimized by the Taliban, but there are other horrible incidents that I won’t discuss in this review.

Unfortunately, In Her Hands avoids giving Zafira’s character a more in-depth analysis. It seems at odds with Zafira fleeing Afghanistan on the night the US left that she is described as staunch and has endured years of death threats from the Taliban. Although I understand it was no longer safe for her, it still felt a little disrespectful to watch her leave the people she was supposed to guard.

the way bea looked at ava and immediately slid her hands in her pockets im fucking crying she was mad MAD 😭 pic.twitter.com/X0dkGoYizC

Additionally, there is a fallout between her and a close confidant with whom she worked. Still, it is only briefly discussed because executive producers Hillary and Chelsea Clinton don’t even want to consider casting Zafira in a poor light.

Beyond those minor issues, however, In Her Hands is a captivating documentary that illuminates a challenging chapter in Middle Eastern history without offering any simple solutions. There is a lot of terrifying imagery, and the ominous conclusion only worsens things. Although it has several significant defects and is far from perfect, this watch is nonetheless reliable.

Don’t forget to watch In Her Hands on Netflix on November 16, 2022. Please stay connected with us on Leedaily.com for more related articles.