D.P. Season 2 Netflix K Drama has finished filming, and we anticipate its return in the spring of 2023.

Although Netflix constantly produces top-notch South Korean programming, its most recent Original drama, D.P., might be among the most well-liked additions since Love Alarm and Kingdom. Fans will be even more thrilled to learn that filming for the second season of D.P. has wrapped up. They were delighted to find that the show had been renewed for a second season. Everything you need to know about D.P. season 2 will be tracked below.

Based on the webcomic D.P. Dog Day by Kim Bo Tong, the South Korean criminal drama series D.P., directed by Han Jun Hee, is a Netflix Original. The fact that Kim Bo Tong is involved in the series as a co-writer of the screenplay is one of the reasons it is so well-liked.

Is D.P. officially renewed for a second season?

On December 14, 2021, Netflix ordered a second season of D.P. The announcement was made via Netflix Korea’s official Twitter account several months after the debut of season 1. According to the statistical data used to evaluate D.P.’s performance, the crime series excelled beyond all expectations, particularly outside of Europe and North America, where it “spent several weeks in the top tens of many Asian countries.” (Netflix’s offerings)

The show spent eight weeks in the top ten in South Korea. Reviews for the show were positive, with exceptionally high scores of 8.8 on IMDb and 8.8 on My DramaList.

Following a lengthy wait, Netflix Korea finally revealed on Twitter that D.P. would get a second season on the streaming service!

Outside of Europe and North America, D.P. did incredibly successfully on Netflix, spending several weeks in the top ten in numerous Asian nations. Most notably, the series spent 52 days—or eight weeks—in the top ten in South Korea.

Additionally, the show has received excellent reviews from critics and viewers, receiving good ratings of 8.8 on IMDb and 8.8 on MyDramaList.

It’s lovely to see Netflix commit to South Korean content, despite the show’s struggles to gain traction outside of Asia.

What can we anticipate from D.P.’s second season?

The aftermath of the devastating events at the end of season 1 will be addressed in D.P.’s second season.

Suk Bong quickly changed the course of events when he managed to take hold of Detective Han’s gun and pursue Hwang to complete the mission he had begun. Han begged Suk Bong to step aside and offered to conduct a thorough inquiry into the allegations made against Hwang and his unit.

Armed military police guards arrive and surround Suk-Bong despite the intervention from Han and Jun-Ho. Suk Bong shoots himself out of desperation, but he accidentally hits his neck instead of his head, causing him to bleed to death while desperately yelling for his mother.

After the event with Suk Bong, Jun-Oh decides to make a dramatic exit from his unit and command. Jun-Oh chooses to leave the military despite having more than 500 days of duty left.

Where is Jun-Oh going to flee?

Even though Jun-Oh is alienated from his mother, his mother’s house is the prominent spot for him to flee to. However, given that the military police are aware of his mother’s residence, it wouldn’t be long before they located Jun-Oh.

Given his little experience serving as a D.P. soldier, Jun-Oh will have to rely on his own experiences and those of individuals who have deserted to avoid being apprehended. 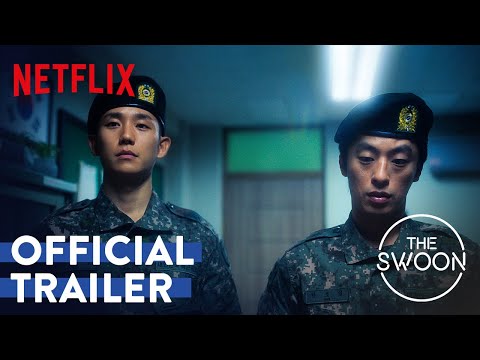 The fallout of Suk Bong’s death

Suk Bong and other military service members died due to the bullying and harassment permeating the South Korean military.

A thorough examination into the military police unit Suk Bong was assigned to was promised by Detective Han. If Han follows through on his pledge, the ensuing probe will probably reveal a lengthy and unhealthy history of bullying.

A probe will nonetheless be necessary since a bullied soldier snaps and shoots all the troops in his room to death with his machine gun—more victims of the pervasive bullying culture.

Which cast members can we expect to see in D.P. season 2?

We can expect the following cast members to make a return in the second season of D.P.:

When can we expect to see the second season of D.P.?

According to recent reports, production on D.P.’s second season is now complete.

It’s doubtful that the k-drama will be added to Netflix before the end of the year because filming will be finished in November 2022. D.P. season 2 could be expected to be released in the spring of 2023. 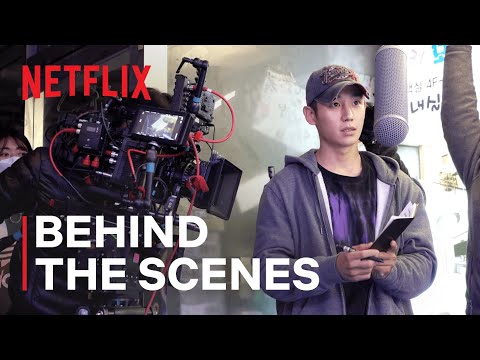 On December 14, 2021, Netflix gave D.P. a second season. The news came from Netflix Korea’s official Twitter account a few months after the first season’s premiere. Stay tuned with us on Leedaily.com for more further details and the latest updates.