Even before its release, the iPhone 14 has attracted a lot of interest among tech enthusiasts and has raised many questions such as will it be released in 2022 or what new features will Apple bring to the table this time? To give you a little insight into the iPhone 14, we have gathered some information. So let’s get into the specifics of this upcoming iPhone.

As per some sources and speculations, the new iPhone 14 will be most probably released in the second half of 2022. This time, Apple is sure that It will be releasing iPhone 14 with some beautiful and spontaneous features which the iPhone fans will absolutely love.

They have also said that the design will be distinct from the previous models. It has been expected that this time the screen will be 6.1-inch in size and will cost nearly $799 with No Notch, having a pill-shaped camera, A16 chip, and Qualcomm X65 modem.

It has also been revealed that Apple will release iPhone 14, iPhone 14 Max, iPhone 14 Pro, and iPhone 14 pro-Max. This time no mini will be released.

Halo Infinite is Releasing Soon: Everything About Release Date, Trailer, Timeline and Price

Moreover, Apple is also thinking of introducing 48-Megapixel and 8k video recordings with the iPhone 14 models. Flat-edged designs and round volume buttons are going to be introduced with iPhone 14 Pro models. iPhone 14 pro will be having an LTPO PLED display. For the iPhone 14 OLED displays, Apple will also contact LG Display and BOE.

As per some information, It is speculated that two models of iPhone 14 will be notch-less that is, iPhone 14 pro models will have no notch, and as per several sources, the iPhone 14 may be the first without a notch since the iPhone X, which pioneered the new design back in 2017.

As per Apple analyst Ming-Chi Kuo,  Apple will ditch the notch for a small hole-punch camera in the pro models of iPhone 14.

For the time being, no release date for the iPhone 14 and iPhone 14 Pro has been revealed. We expect to wait until the end of August of this year. Nonetheless, iPhone lovers can expect Apple to stick to its normal pattern and release its new models in the second or third week of September.

We could expect September 13, September 20, and September 27 to be a little late because Apple generally makes product announcements on Tuesdays. Pre-orders are typically open on the Friday after the conference for delivery a week later.

Apple Is All Set to Give Wages Raise to Almost Every Retail Employee in the United States.

Every new iPhone model which is introduced in the market includes a revised A-series chip, and the iPhone fourteen models are expected to include Apple’s A16 chip. The next-generation A-chip for the iPhone 14 professional models is said to be created on TSMC’s “NP4” technique, which the company claims is the third biggest advancement of the 5-nanometer family. 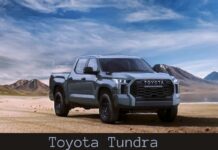