Starting his career with Smosh, Anthony Padilla has grown over the years. He evolved in his career and you can call him an OG YouTuber. He was the founder of Smosh and launched it 20 years back.

Now, he is known for tapping into different subject matters and recently he did a video about Hasan Piker. He uploaded the video 11 days back and also made it available for podcast.

Without a doubt, the video blew up like crazy as he addressed the entire controversy that led to him getting banned from Twitch. So, all the fans are prepared to learn more about the incident and Hasan.

What Was The Controversy Of Hasan Piker?

If you remember, Hasan was banned from the popular streaming platform that earned him a lot of money. However, in December 2021, the Twitcher was shocked when he was suddenly banned from his Twitch account for as long as one week.

The ban happened after he was seen using the racial epithet “cracker” not one time but several times. This term was used by some of his chat moderators and there was also two weeks ban on them. Thus, the creator was fully banned from using the platform until further notice.

Hasan is a political Twitch streamer who is also a leftist. This did anger a lot of fans and he did end up with brand endorsements. After this event, Hasan tried to argue that “cracker” is not a racial slur like the N-word and it was an unnecessary drama.

One of the users said, “People are upset because you’re (sic) wrong. I live in Alabama, and here’s a (sic) umbrella term for whites. While it will never have the impact of the N-word, it is a hate word for all whites.”

I spent a day with HASAN PIKER
"Unraveling the Controversy" pic.twitter.com/odb0PKLiCf

To that, Hasan commented, “I’ve been called ‘cracker’ more times than every single one of you f**king pasty little cracker b****es in my chat, okay? So let’s be f**king real for a second, Mr. Alabama.”

The debate continued for days on Reddit and it has been one of the biggest controversies ever in the Twitch community.

What Was Revealed In The “ I Spent A Day With HASAN PIKER “Unraveling The Controversy”?

Anthony uploaded a 25-minute-long video as well as a podcast that highlighted the unprecedented rise of the leftist Twitcher. Hasan has over two million followers alone on Twitch and he has become a political pundit of this generation.

Well, it did lead to the trajectory that happened in his life and now, everything he says become controversial. Even there are hate campaigns about him. So, Anthony had a sit-down talk with Hasan and talked about the daily issues of his career. How he was subjected to hate and what led him to get banned as well as such a controversial incident were the topic of discussion.

Anthony did bring out all the truth and Hasan was bold enough to explain the situation. In that 25 minutes and 41 seconds video, the fans got to know all the truth of the controversy.

If you haven’t watched the video yet, then go and watch it for free on Youtube. Also, the audio version of the podcast is available on multiple platforms and you will thoroughly enjoy it.

Guys stay tuned with us for the latest updates on, Lee Daily. if you like this information given by us please drop a comment below. 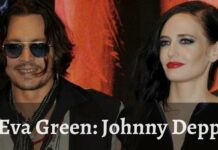