The case between Johnny Depp and Amber Heard began soon after their divorce and it has been continuing to date.

The former couple who were once in love is now fighting over their reputation. This high-profile case has all the media attention and the all-time high daytime ratings prove that the viewers are interested to know more.

So, to brief things up, here is the Johnny Depp and Amber Heard Case summary and how things have gone all this while.

After meeting each other on the sets of The Rum Diary, Depp and Heard started dating in 2012. By 2014, they got engaged and soon in 2015, the couple got married. However, only after a few days,

Heard a file for divorce and that has led to the Depp vs. Amber trial that is happening to this date.

Depp Was Accused Of Being Abusive

Just after the divorce settlement was made, Amber got a restraining order in 2016 against Depp. Fast forward to 2018, in the Washington Post 2018, Amber created a headline by saying, “I spoke up against sexual violence”

Color me confused. If it was known two years before the op-ed that Johnny Depp was accused of being abusive, then the story did in fact defame him since he lost roles after it was published 🧐

The first accusation of domestic violence was mentioned in May 2016. Depp’s lawyer was quick to say that Heard was making up stories for securing a financial resolution by “alleging abuse”.

Though after that, the couple published a joint statement that read, “There was never any intent of physical or emotional harm”

After receiving $7 million as settlement fees for divorce, Heard went to portray herself as a survivor of marital abuse.

In 2017, Hollywood was taken by storm when men in this industry were claimed to be abusive towards women. And soon, Heard joined with her story.

The British tabloid, The Sun gave Johnny the title of “wife-beater” and Depp decided to take these accusations no more. He sued the executive editor as well as the publisher of the tabloid but later, he lost it. However, the story continues.

In March 2019, Depp filed a defamation lawsuit against his ex-wife, Amber Heard. He demanded $50 million for tarnishing his career as Depp was dropped off from many films during this period. Amber then countersued Depp for $100 million and things are getting messy from here.

The trial is currently being held in Fairfax, Virginia and many unheard details are being revealed. In June 2013, Depp was blamed for threatening one of Heard’s best friends. Then after the couple married, they took a trip to Australia which was for Depp’s work purpose.

Plus, another celebrity trial, MA vs. #MarioBatali begins next week.

However, Amber claimed that Depp has physically assaulted her and ever broke her nose. Whereas Depp said that Heard was violent towards Depp and there is proof as well.

Amber even mentioned time and again that she had to cover her bruises with makeup for attending events.

But during the Australia trip, Amber was extremely violent as well. Depp claims, “I lost a fucking finger, man,” “I had a can of mineral spirits thrown at my face.”

Heard has a history of being violent with his exes namely Tasya van Ree. She was even arrested for that. Besides, Amber’s former assistant, Kate James said that she was spat on the face when she confronted Amber about pay raises.

The ongoing trial has been nothing short of documenting the toxic relationship that the couple had. The verdict of the case is yet to come but it seems like Heard has orchestrated a couple of stories to win the case.

She was even connected to a violent past. And of course, a majority of the audience is in favor of Johnny Depp. The entire trial is being telecasted and the final verdict is yet to be out. Whatever it is, this is a matter of mutual abuse and the audiences are just waiting for the outcome.

Guys stay tuned with us for further updates about johnny Depp and Amber heard. show us your views on this controversy by dropping a comment below. and visit Lee Daily. 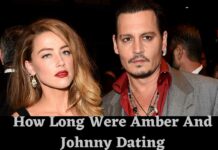 How Long Were Amber And Johnny Dating? Relationship And Court Timeline 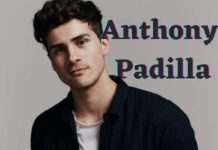 Anthony Padilla: I spent A day with HASAN PIKER “Unraveling the Controversy” 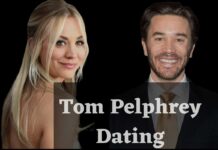 Who Is Tom Pelphrey Dating? Find Out Everything About Kaley Cuoco’s New Boyfriend