This is the end, all you nerds! As a fitting conclusion to the festivities commemorating Stranger Things Day, the official Stranger Things account on Twitter has Revealed the episode title and script cover for the first episode of the 5 season.

The newly disclosed title also adheres to the structure of the prior seasons, with the “Chapter One” modifier being placed in front of the title of the first episode as was the case before. The premiere episodes of previous seasons include “The Vanishing of Will Byers,” “MADMAX,” “Suzie, Do You Copy?” and “The Hellfire Club” from the fourth season.

Without any more information, “The Crawl” comes off as significantly less clear than its predecessors did, and it reveals virtually nothing about the storyline of the first episode of Season 5 which will air later this year. The first draught of the fifth and final installment in the Stranger Things world was started back in August, and it is currently well into the writing process.

Even though the Duffer Brothers and the rest of the writing staff on the series are keeping all important storylines for Season 5 close to the breast, we are aware that when the series returns, we will be traveling “100 miles an hour from the outset.”

After the highly successful return of Stranger Things to Netflix earlier this summer, Steve Weintraub of Collider had the opportunity to speak with the Duffer Brothers about the last season of the show and what fans may anticipate from it.

We’ve heard that after Season 4 took viewers to locales all over the world, such as Russia and California, Season 5 will focus mostly on Hawkins and the town’s parallel dimension in the Upside Down.

According to Ross Duffer, “The big disclosures that are coming in Season 5 are truly about the Upside Down itself.” This information is expected to be revealed in the last episodes of the series.

It is anticipated that production on Stranger Things Season 5 will get underway sometime in 2023. There has not been any official declaration made regarding when we may expect Season 5 to air yet; nevertheless, probably, it will not happen until sometime in 2024 at the earliest.

To close out #StrangerThingsDay, very excited to reveal that the Stranger Things 5 premiere episode is titled…

In addition, Joseph Quinn, Matthew Modine, Eduardo Franco, Gabriella Pizzolo, Amybeth McNulty, and Paul Reiser all had cameos in Season 4, although there has been no official word on whether or not any of these performers will be back for Season 5. 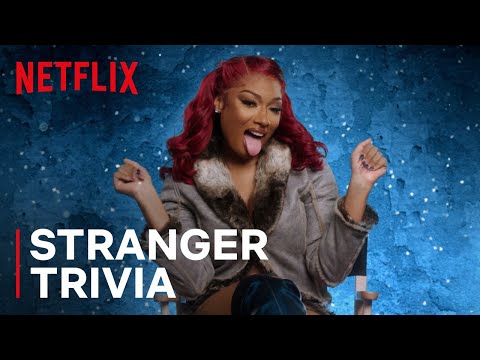 Netflix currently has all four seasons of the hit show Stranger Things available for streaming. You can test your knowledge of Stranger Things in a superfan quiz game that is being hosted by Megan Thee Stallion below while we wait for further information about Season 5.