With each announcement of the new iPhone lineup, the tech world always lights up with multiple breakdowns and analyses of the Apple event keynote which highlights all the great innovations to look forward to whilst hyping up people to pre-order. 2021 was no exception as Apple announced the iPhone13 lineup. 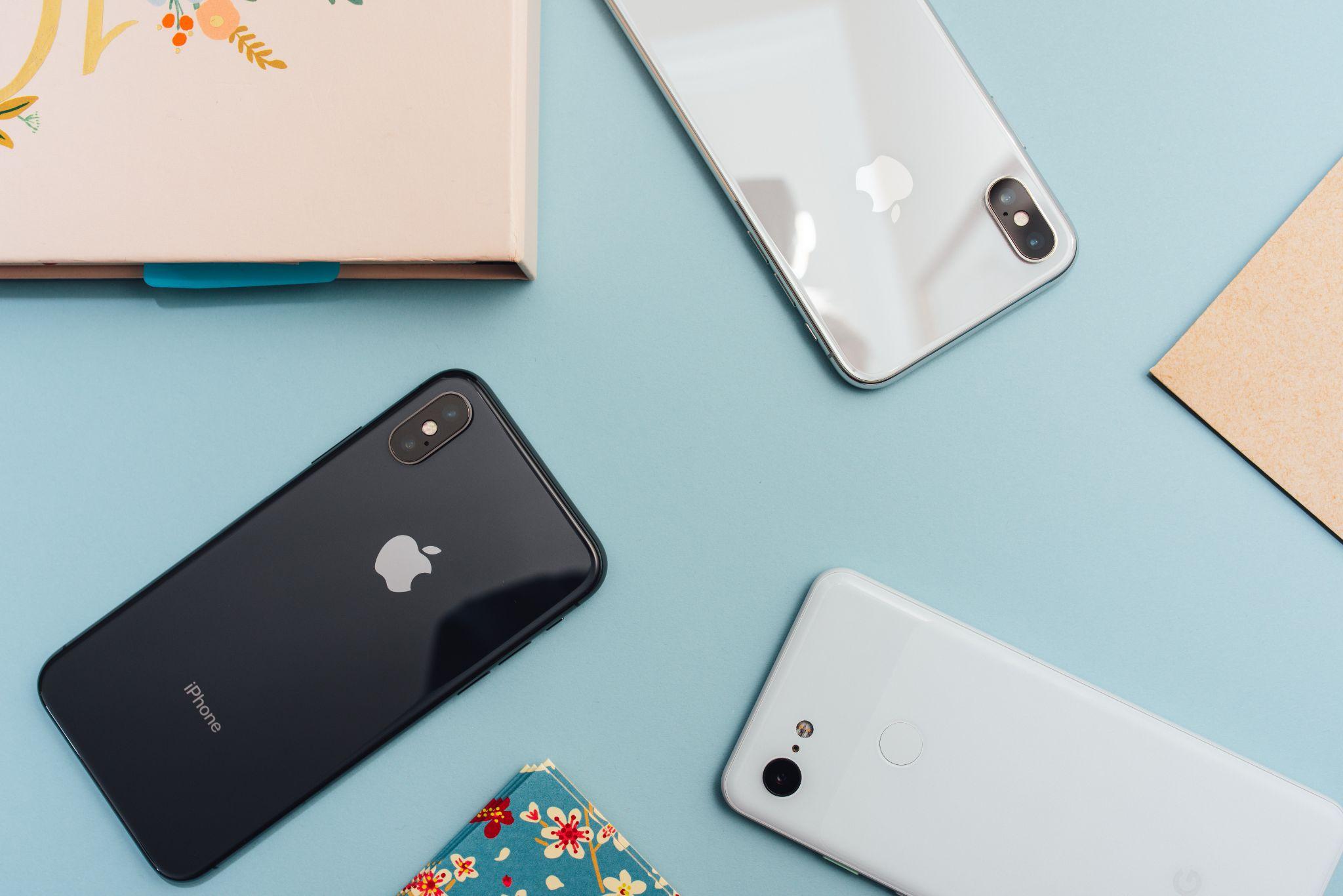 Apple has been showing an increased desire to offer its consumers great features that are refined enough to guarantee that they work well. The major changes to the iPhone can only be seen when we look on the inside and have been made possible by the new A15 bionic chips in the whole lineup. The iPhone 13 mini is at the entry-level and starts at the same prices as before – $799 up to $1,099 for the Pro Max editions, and the Pro Max can get up to $1,599 when it’s maxed out.

The major differences range from the screen size, battery, camera capabilities, chip power, etc. However, the best option for gamers will be the Pro versions as they have a slight edge over the non-Pro versions that won’t seem obvious if you read only the device specs. Not only is it the fastest of the whole lineup, but it’s also the best equipped to handle the ever-improving gaming titles, speeds, and graphics.

Take a peep at some of the best games on the market that you will be able to play fluidly on the iPhone 13:

These games are available on the Apple Arcade on your iPhone.

Top Tip: If you are an avid gamer, Gamestop is spotting some of the latest games that you can incorporate into the list above. Try Tales of Arise and NBA2K22, our best yet.

The A15 Bionic chip seems to be the biggest diamond in the ruff as the Apple announcement left a bit of mystery in everyone’s mind as to how fast that chip is in comparison to last year’s A14 Bionic chip. All that Apple managed to say was that it is 50% faster than the leading competitor, boasting that there is “nothing in the world like this chip”.

It has an improved six-core CPU and four-core GPU offering up to “30% faster graphics than the leading competition.” The Pro model will boost speed to 50% faster, thanks to an additional core. Most bloggers have speculated this to be a jab at the Samsung S21 Ultra with its Qualcomm Snapdragon 888 chip which is currently the highest-end chip being used in Android phones.

Iphones have had a long track record of offering great performance for games and applications, but not at the expense of battery life. For this very reason, a user of an older iPhone might not have any complaints currently so the bump in power might seem too small for an average user. But here are several reasons why the A15 chip in the iPhone 13 is the Gamer’s answer to the need for speed. 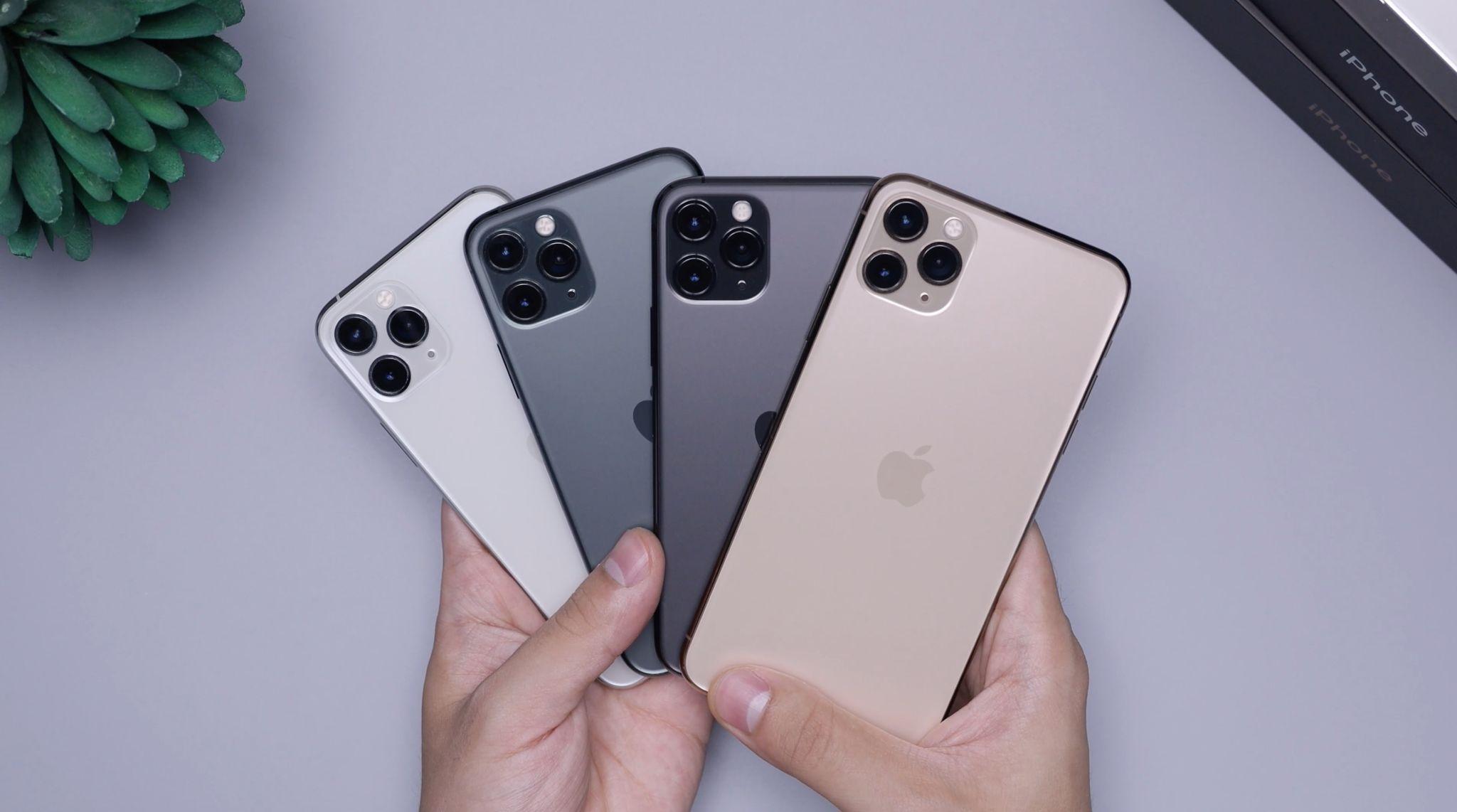 Apple seems to have cornered the market when they moved from buying chips already manufactured by chipmakers and started to do this in-house. The fact that they control the software and hardware aspects of their product lines makes it possible for them to come up with a chip like the A14 and A15 Bionic, which are built with the big picture in mind.

This explains why they are so far ahead in the industry. Some tech reviewers have speculated that the A15 chip was developed from the highly powered M1 chips that were created specifically for Macbooks and have been dominating the market when it comes to performance and graphics.

Of course, the performance would be throttled to ensure that the improved performance won’t be at the cost of much-needed battery life. Apple claims that the iPhone 13 has a faster neural engine, 2 x system cache which allows it to compute up to 15.8 trillion operations per second. This loosely translates to better performance from the max of 3.1GHz on the 12 Pros up to above 3.2GHz on the whole 13’s lineup.

The A15 is set to come in two core configuration options to the GPU. These will be the configuration of the Pros which will have 5 cores whilst the non-Pro versions will have 4 cores only. However, this doesn’t mean that the GPU on the mini and regular iPhone 13 is not impressive as it performs faster than that in the 12 Pro Max from the previous generation.

MacRumors highlighted that the scores represent an estimated 10% increase on the single-core side and an 18% increase in multi-core performance compared to the A14 Bionic in last year’s iPhone 12s. This, coupled with a few newer features, can add up to a considerable difference.

The improvement of the screen refresh rate from 60Hz to 120Hz has been received with open arms, and rightfully so as this was one of the areas Apple had been losing ground to competitors. The refresh rate has been optimized within Apple’s signature list of priorities which always want the best battery life and efficiency to be provided. To help with that, they introduced Pro Motion which is essentially a screen feature that allows your device to adjust its refresh rate depending on the horsepower required.

This means you’ll get maximum power exactly when you need it, saving your battery life and optimizing performance from that A15 Bionic. And with that 20% smaller notch, this is another thing that adds up to the improved experience. 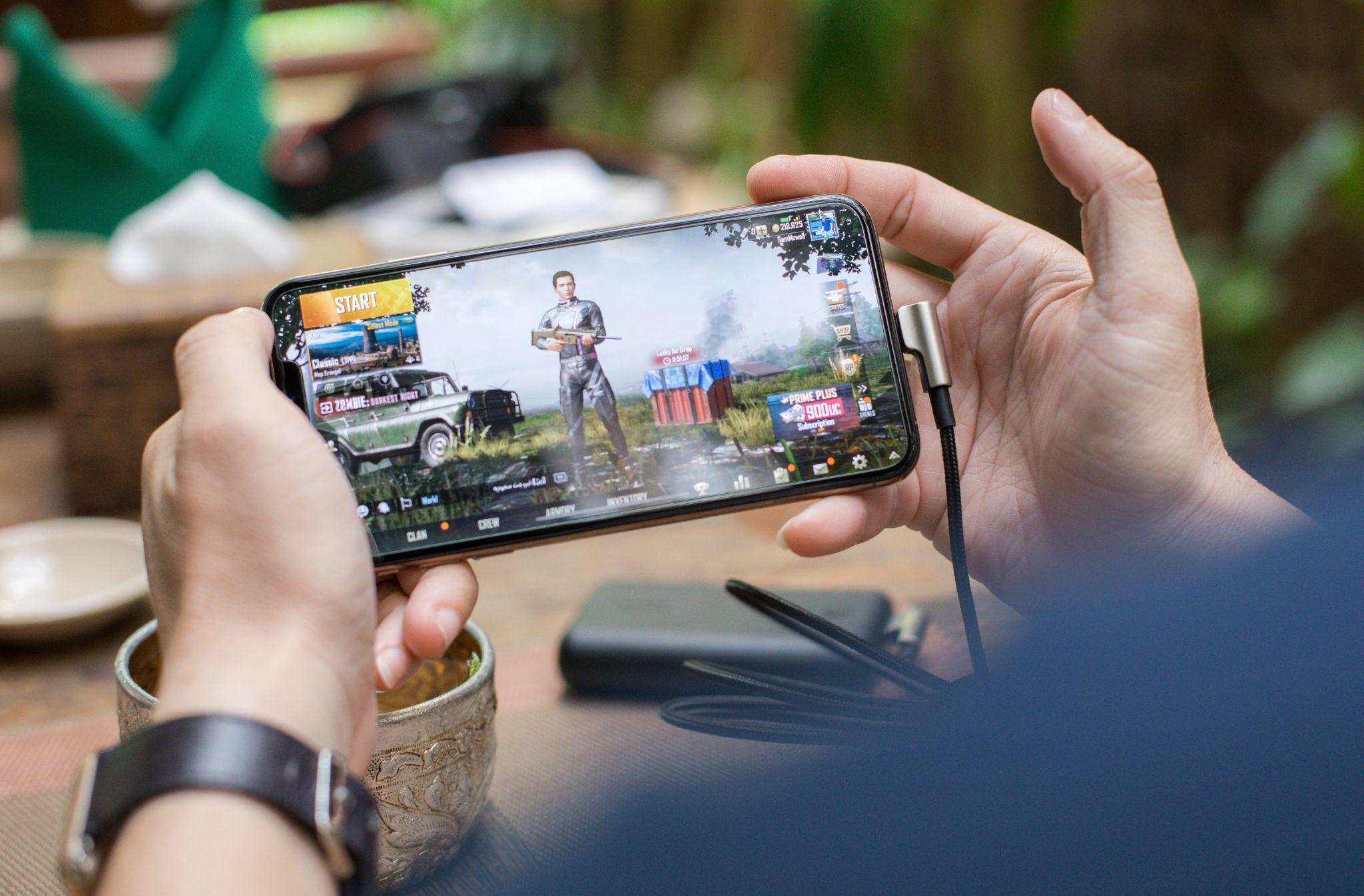 Of course with the introduction of a new chip the possibility of better RAM storage is a given. The 13s will all have better options as the base 13’s will come with 4GB RAM as standard whilst the Pro versions will be fitted with the 6GB option. And with consideration to the unique architecture of Apple’s chips, this is a good improvement as it’s propelling the already fast phones to even faster capabilities.

When this is paired to the internal storage options which can now be dialed up to 1TB on onboard storage, it adds well to the improved video encoder and decoder. This will be vital in “future-proofing” this phone, as online gaming is becoming much more common and doable with the increased use of faster internet speeds offered by 5G. The increased storage space on the Pro Max 13 goes further allowing Cinematic Video recording at 4k for up to 60fps. And soon, some 3rd party developers will find a way to take advantage of that for better gaming and app experiences.

Last year’s iPhone 12 pro max had a battery life that was maxed at 3687mAh which could not compete against most of the major flagships. Storage has always been raised as an area for improvement but Apple was reluctant to add more capacity due to their need to optimize battery capacity, life, and performance whilst still keeping the device lightweight. This year they have managed to sacrifice a little bit of that lightweight premium feel in exchange for more battery capacity as all the 13s will be getting bigger batteries than last year.

The iPhone 13 Pro Max is going to be sporting a 4352mAh battery and will also be compatible with MagSafe which might come in handy when it comes to gaming whilst your phone is charging, as it frees up the charging port allowing easy use of the phone horizontally. The battery is still lower than their direct competitors, however, with Apple’s optimizations, this could be more than enough to last more than a day of average use. 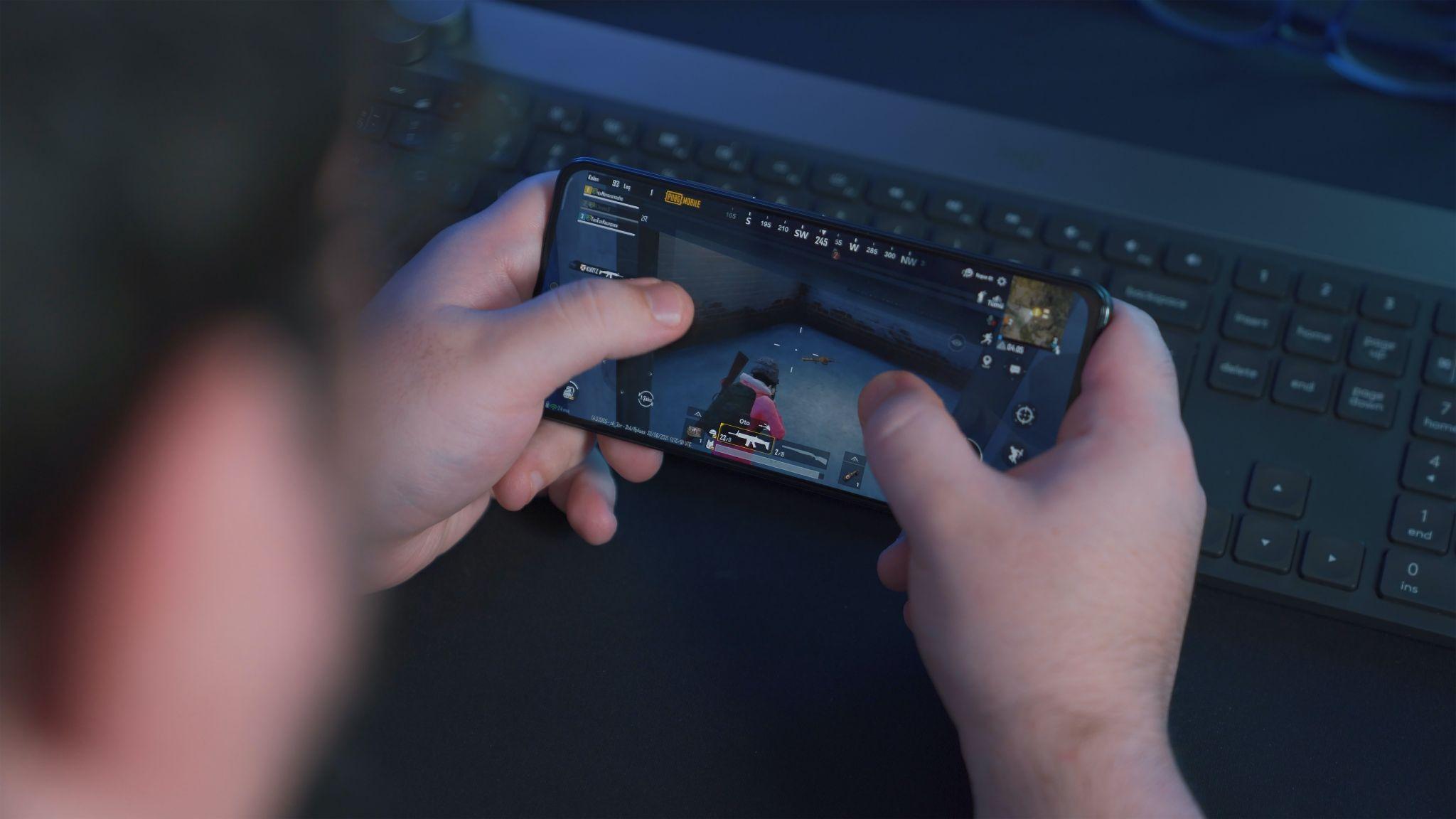 Over the last few generations, the brightness of the iPhone has had small but incremental improvements. The older standard iPhone 12s were ranged to be typically 625 nits, whilst the Pros were at 800 nits. The newer 13s start at 800 nits whilst the Pro versions are now at 1000. The technical details of this might confuse the average user but, what this simply means is that the better chip and battery found a better balance which improves the brightness of the phone.

It will also enable you to see better even when you’re outside and allow you to distinguish between characters wearing different eyeshadow or lip stain in an anime dress-up game like Tokyo Mew Mew. For fashionistas, or girls who like this type of gaming, this will make it easier to identify with characters especially when you find the same make-up from a Kohl’s ad.

iOS 15 is scheduled for Fall 2021 and it should come as no surprise that the best features, updates, and support will be earmarked for the 13 models. In addition to the other announced features, it will come with a new onscreen gamepad bringing a more console-like experience for mobile games. The API will allow for touchpads that can be customized, and up to 4 buttons mapped to 2 control zones on either side of the screen.

Haptic feedback will be supported, which will be implemented across the full Arcade spectrum and beyond. If on-screen controls aren’t your thing, you’ll be happy to hear that the PS5 DualSense’s adaptable triggers will be supported by Apple in the next major software update. Earlier this year, Apple added support for the DualSense controller, and Android still doesn’t support Sony’s advanced haptic feedback, so this might sway PS5 gamers to the iPhone.