Over the controversy about Dave Chappelle’s Netflix stand-up special, Bill Maher, “Real-Time” host got involved in some conflict with Chris Cuomo, CNN Anchor.

For the remarks that Chappelle made on “The Closer” endorsing J.K. Rowling in that gender is based on fact, signifying himself on “team TERF” that stands for a trans-exclusionary radical feminist that led to provoke at Netflix amongst its employees and talent although the giant streaming platform chose to stand behind amidst the controversy, critics censured Chappelle as “transphobic” for the remarks.

Cuomo struck into the conversation saying Chappelle has a “long history of going after trans people,” on Wednesday during an interview adding “the homophobia is not as much of a push against him as what he says against trans people.”

At Cuomo’s basis of the discussion, Maher, who mentioned himself as “Team Dave,” pushed back.

Maher said “Well, you say ‘going after.’ You use terms like ‘homophobia,'” adding further “I was speaking recently about ‘phobia.’ There’s a word that has traveled quite a bit from its original meaning. A lot of Mission Creep on that word… Phobia means an irrational fear… He’s not afraid of homosexuals. Or it’s not transphobic.” 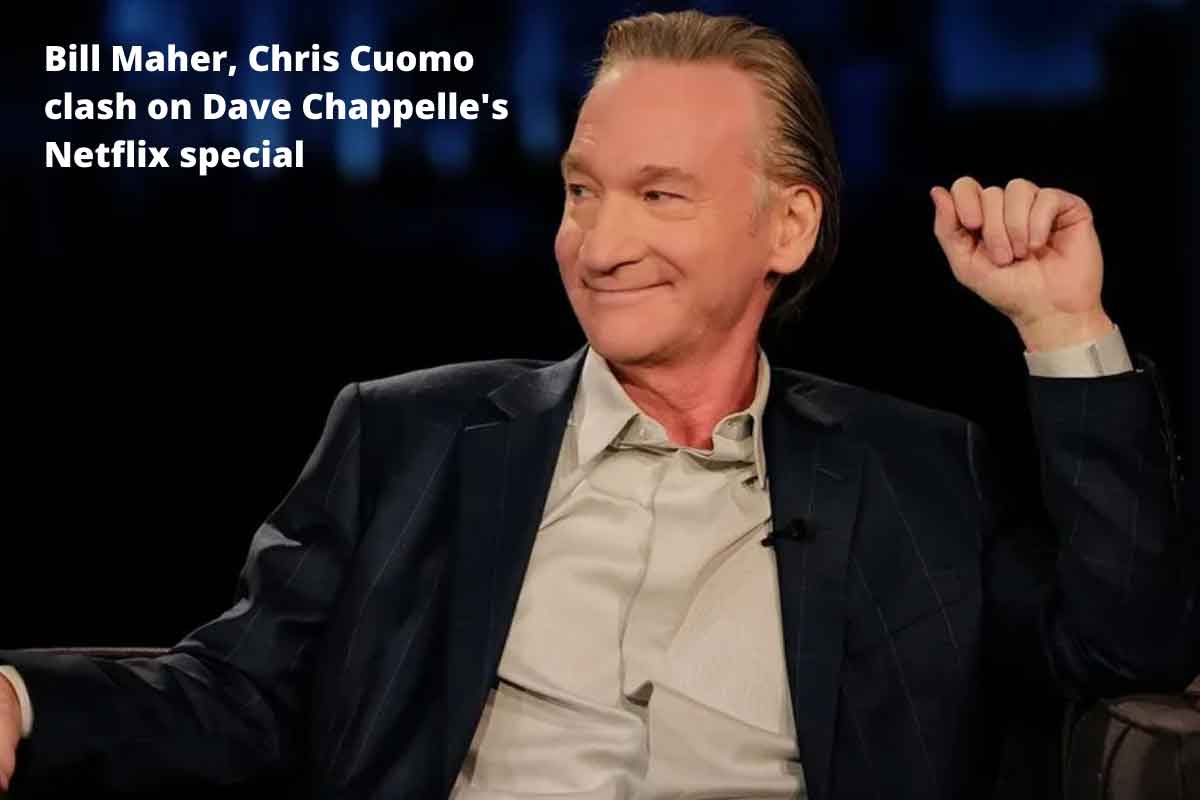 Further, he exclaimed that “This trans stuff is very new. I don’t think he or myself or any other right-thinking person thinks there aren’t such things in the world as people who are trans, who are born in a body that doesn’t align with what their brain is telling them. That’s OK, but now we’re talking about children!”

Later, the HBO star expressed a joke about a female friend who while growing up mentioned herself as a “tomboy” and how she’s confident whether she was growing up today, “they would’ve made me into a boy here in California.”

Later in their convo, Cuomo brought up Dave Chappelle and the trans controversy in his last special. “I’m Team Dave and free speech,” Maher declared. Maher was also against pushing transgenderism on children. “Kids should not be really making decisions about their gender.” pic.twitter.com/c3Xrk7sT0W

Maher said “So don’t put it into this category of ‘This is settled science.’ Anything that deviates from the one true opinion on this means you’re some horrible bigot or transphobic.

That’s not what’s going on here,” adding “And I don’t think Dave Chappelle is transphobic… It’s like — can we take a breath? Maybe we are going too far with the children part of this. You know, kids should not be making decisions about their gender.

I mean, Mario Lopez was almost canceled for suggesting that maybe 3-year-olds shouldn’t decide their gender. This is not crazy stuff that makes you a bigot.”

In a Response, Cuomo Said Making Fun of Trans Encourage People to Hurt Them

While responding Cuomo stated “But,” continuing “His choice to make jokes about them — now, this is the argument… that I don’t think he handled well, I will say that – you’re punching down at this group.

This is a discreet minority. They’ve got a lot of problems of being targeted and hurt. You are a powerful voice. And you making fun of them empowers the people who want to hurt them whether you know that or not. Now that we’ve told you that, stop doing it. Is that a bad suggestion?”

Chappelle Obsessed With This Issue

Chappelle being agreed by Maher being “a little obsessed with this one issue” and he doesn’t have any knowledge of whatever going on inside his head, but believed that “I think as a Black man in America, he’s seen… nobody in America, except for the Indians, have had it anywhere near like the Black folks have had it in America.

So, I can see why that would get under the skin.”