The California Teachers Association has been seen trying to tempt students to join clubs that explore sexuality and gender identity to leave parents unaware.

The author of the book “Irreversible Damage: The Transgender Craze Seducing Our Daughters,” Abigail Shrier shared information in an interview with Tucker Carlson on how one of the most powerful teacher’s unions of the nation had made plans to cheat guardians.

She said “The deception is the point,” adding further “It’s explicit and, in fact… specifically guiding teachers statewide in the deception of parents about the clubs, about the membership, even at the elementary school level.”

In February, a CTA speaker presented the idea to conduct meetings for the “PRISM Club” during lunchtime, so that the students could also be there without any rush of arriving at school early or remain there till late, additionally skirting parental recognition.

Records from a meeting in October also reflect that the teachers confessed to going through the Google search histories of students for hints of interest in gender matters.

Shrier disclosed that in a video, an educator guided others that support about the sexual identity is required by the students as young as seven. 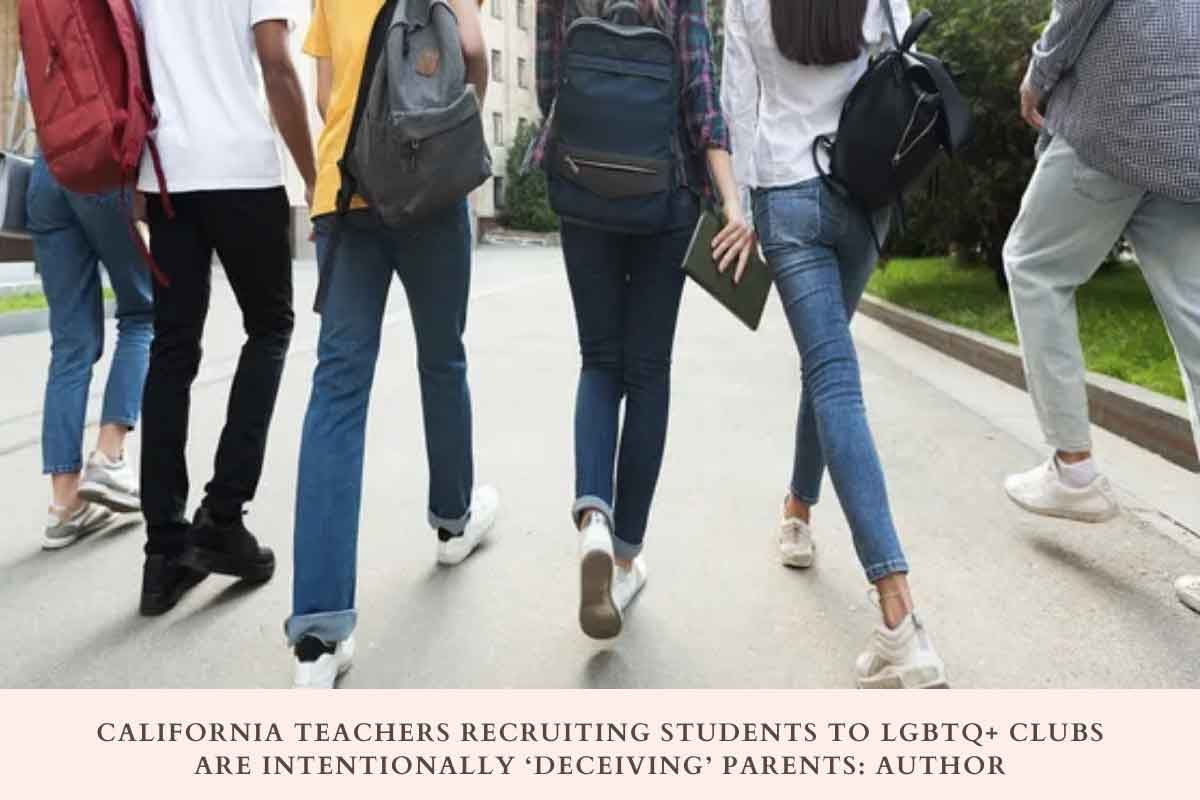 She said “And they believe it is their job to provide that,” adding further “What the California Teachers Association is doing is they’re deciding how to recruit students to these clubs, how to coach them in solidifying this gender identity or sexual orientation, and they’re doing this by deceiving parents, specifically telling teachers how to keep the existence of the clubs and the membership from the parent.”

Shrier pushed parents to be “really explicit” with their children about gender and recommended the removal of their students from schools being affected, if possible.

She said “These are activist teachers,” adding further “They’re looking to peel the children away from the values of their homes and supplant those values with their own.”