According to federal health officers, the US government is planning to enforce stricter covid testing rules for travellers entering the States. The measure is to be taken to protect the States from the spread of the new and more deadly variant of the Corona Virus, Omicron.

Officials in the United States have planned to compel everyone entering the country to be tested one day before boarding planes, regardless of their vaccination status or place of origin, as part of an increased winter covid policy that Biden is set to announce on Thursday.

The new policies would require all travellers to be retested within three to five days of their arrival. Furthermore, they are considering a contentious plan that would oblige all passengers, including Americans, to self-quarantine after the flight for seven days, even if their test results are negative.

Those who disobey the rules may face fines and penalties, marking the first time that such consequences have been tied to testing and quarantine measures for visitors to the United States.

Pre-departure coronavirus testing is currently required in the United States for both unvaccinated and vaccinated air travellers. Even for those who show proof of full vaccination, the test for the Coronavirus should be done at most three days before the flight departure. 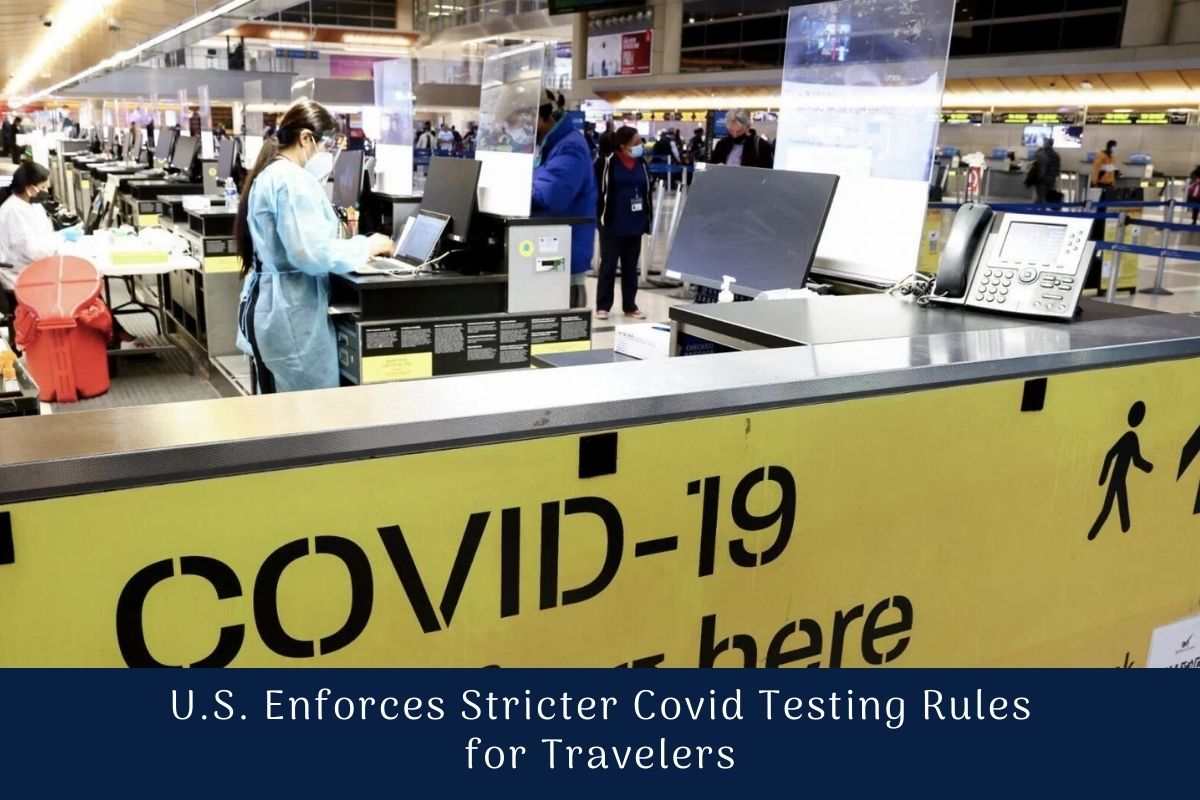 The Centres for Disease Control and Prevention (CDC) said late Tuesday night that it is seeking to reduce the needed testing for all foreign flight travellers to one day before departure to the United States.

Passengers should undergo a second coronavirus test three to five days after arriving, and unvaccinated travellers should quarantine for at least seven days, according to the CDC.

Is the Enhanced Strategy Enforceable?

According to the sources, the Justice Department must also decide if officials require people to self-quarantine, whether fines and penalties can be enforced, and, if so, what the amounts should be for the fines.

Once travellers reach the United States, it is unlikely for the municipal officers to be able to enforce requirements for additional testing and self-quarantines. According to government officials, more than 200,000 passengers came to the States by plane every day in November.

The statistics do not include travelling during special events like Thanksgiving. Even if only a quarter of individual travellers meet the requirements, public health experts say it will make a difference because it will allow for more rapid diagnosis and isolation of at least some infected persons who may be able to spread the illness.

Response of Other Countries Against the Omicron Virus

Since the outbreak began, several countries and territories have used various strategies to restrict the spread of the coronavirus, with Australia and China imposing some of the most stringent border controls.

The majority of overseas visitors, including tourists and students, have been denied entry to mainland China. Those who are allowed in, as well as returning Chinese people, must stay under a rigorous quarantine for at least 14 days.

Following home inspection for the next few weeks, officials can extend the quarantine period to up to 28 days. Many nations, including Britain, that had relaxed border restrictions after the corona cases came to a halt have tightened them again with the discovery of this new type, Omicron.

On Friday, the red list was re-introduced by the British, which now includes several southern African countries where the Omicron variant is believed to have originated.

According to UK officials, British and Irish citizens or permanent residents returning from a country, that is on the red list, must quarantine for 10 days regardless of vaccination status.

Citizens of other countries who have visited those countries, on the other hand, will be barred access to the UK.

Officials in the United Kingdom announced new restrictions over the weekend, declaring that everyone entering the country must now quarantine until the results of a PCR test taken on their second day in the country are known.

A 10-day quarantine will be imposed on everyone who tests positive.

The United States has yet to recover from a late-summer rise in coronavirus cases caused by the virus’ delta version, prompting some government officials to be concerned about a winter outbreak caused by the Omicron variant.

The new restrictions may help the citizens avoid contracting this contagious sickness.