On Wednesday, President Joe Biden will meet with Florida Governor Ron DeSantis while...

Who Is the Actual Villain of Black Panther Wakanda Forever?

Who Is the Actual Villain of Black Panther Wakanda Forever? War is imminent,...

Charles Fuller Died At The Age Of 83: News Revealed!

As technology emerged and we got to benefit from more devices and smart appliances, the tech industry has become one of the most flourishing of them all. With continuous research and plenty of people passionate about technology, most of the jobs in this industry are well-paid. But, despite this apparition, it’s a pretty dangerous and toxic culture. Most employees work in poor conditions, are overworked and at some point, suffer from burnout or depression caused by the struggle to perform at the workplace.

If you’ve ever considered working in this industry, know that some benefits and rewards sometimes can outweigh the dangers, but it varies from business to business. All in all, here’s how dangerous it is to work in this industry and what to expect from it. 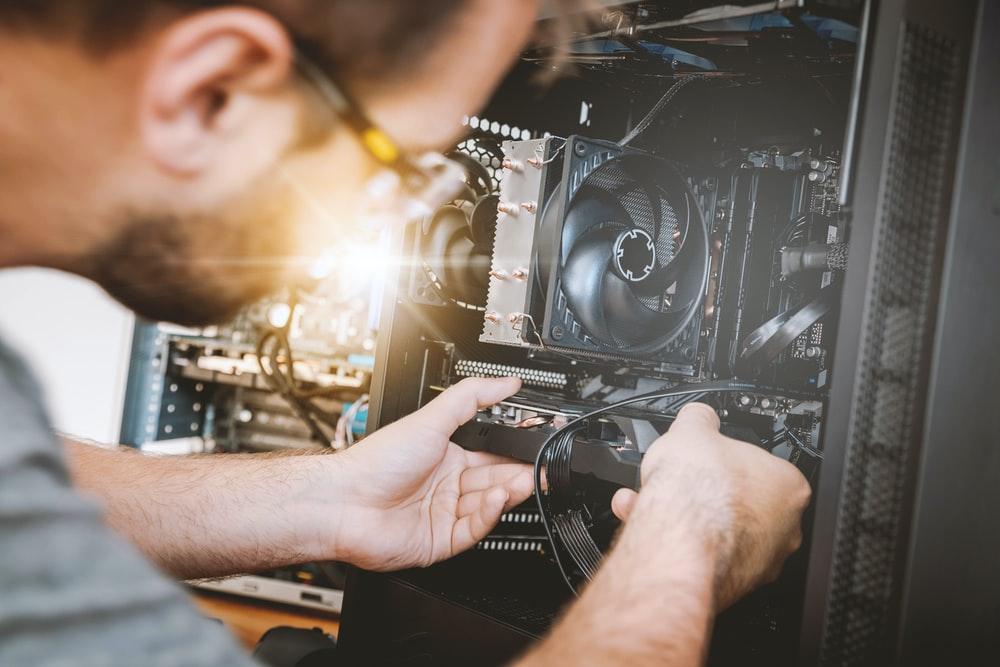 If you didn’t know, the technology industry has a lot of branches of activity. From managing online platforms to maintaining internet cables under the sea, there’s always something to do in order for the world to continue its path. If any of those jobs disappeared, the follow-ups would be terrible. But despite their importance, these jobs can be quite dangerous to workers, as employers don’t rightfully assess training for a safe work environment. At the same time, the psychological pressure of working in this industry is affecting the employees’ mental health with prolonged working hours.

Some of the most problematic tech-related jobs are in the gaming and anime industry, where employees are often overworked. For example, in Japan, there’s an official term for death from overwork, known as karoshi, which is controversial to many but very popular in this country.

Also, the anime industry is not talked about enough because workers are paid nearly nothing and forced to work many hours to make manga and other animations.

This happens because the market is full of young people who are passionate enough to work in such conditions, and employers take advantage of them due to a “talent shortage”. The same situation applies to game developers too. But although these situations should raise awareness among employers, nothing much is done to help employees have a work-life balance.

Maybe you’d think this sector is not at all dangerous, as most employees stay inside the office, but there’s more. You can slip, trip or fall anywhere, especially in an environment where cords and cables are all around the place. Also, the repetitive stress of stationary work is causing musculoskeletal disorders. On top of that, most offices don’t provide ergonomic chairs and hardware or training on how to sit and work safely.

According to compensationcalculatoruk.co.uk/, your employer is responsible for your health in the office, owing you a duty of care under the Health and Safety at work Act 1974. Therefore, if they’re not provided proper training and equipment, which causes you an injury, you have the right to file a compensation claim. In the UK, more than 50.000 non-fatal injuries were reported at the workplace, from which 14,784 were sprains and strains that mainly occur in the offices.

Most offices don’t acknowledge the importance of having proper posture and ignore providing their employees with the right furniture. Adding long hours of work (and even overtime) can lead to serious health issues in the future.

Some of the most dangerous jobs in technology

The tech industry has plenty of job opportunities, more than IT and gaming developers. Some of them are dangerous for physical and mental health, so think twice before considering a career in:

Of course, these jobs will become less risky in the future when digitalization takes the place of these dangerous tasks, but until then, working in those environments is not safe.

What are the rewards?

Like in almost every industry, tech has its perks; as you’ve undoubtedly heard about the well-paying jobs, it’s up to you to decide if the money outweighs the dangers in some tech careers. But there are also other advantages:

Furthermore, the tech industry provides plenty of opportunities to develop and learn more every day. You need to learn to adapt to changes and be aware that nothing will be the same in a few years, which is exciting for every tech person. You’ll be among the first to witness change and development, which might be a great reward if you’re passionate about technology.

Although in some cases, you may be paid well, the workload in the tech industry can be overwhelming to some. Luckily, some businesses have started to become aware that employees can’t be productive in such environments and add more benefits to their jobs.

watchOS 9 Release Date: What To Know About The Latest Release?

How to Watch/Stream Yankees games on Apple TV+?

Is It the Right Time to Swap BTC for ETH?