Classic rock music bands are irreplaceable in our lives and “Journey” is one such band that we can erase. With iconic hit numbers like “Don’t Stop Believin”, the band has been behind blockbuster albums that ruled over the hearts of the fans.

The band was formed back in 1973 and quickly rose to stardom with Steve Perry taking charge of them.  It had as many as twenty-five golds as well as platinum albums along with hit singles that are considered to be some of the best.

However, when the lead singer of “Journey”, Steve Perry decided to leave the band that made him, “Journey” fans were heartbroken. Steve was associated with the band from 1977 to 1998 when several unmatched milestones were achieved in America’s music as well as the rock music industry.

Though Steve left, the band decided to continue by replacing him with a new singer. But what is the true reason behind Steve Perry leaving “Journey”? Today, we are going to reveal the real reason behind this decision that changed the band’s fate forever.

Why Did Steve Perry Leave “Journey”?

After making his name by being the leading vocalist for nine hits “Journey” albums, Steve wanted to explore more his solo career. His first-ever solo music album was “Street Talk” which he released in 1984. The band did have a short break before reuniting again in 1987 and their success was inevitable.

However, Perry’s mother suddenly fell ill and it became extremely tough for the singer to sort out and manage the entire situation. Thus, this affected the band and the singer was again absent before reuniting for one last time in 1996. They released their album and Perry faced an accident when he went on hiking in Hawaii.

After the accident, he couldn’t perform for the scheduled tour and that escalated the tension existing between the members. As a matter of fact, the hip injury gradually led to the condition of the degenerative bone, and ultimately that required a critical hip replacement.

On the other hand, Perry was not looking forward to having the surgery immediately and wanted to postpone the tour. After 17 long months, he didn’t undergo the surgery. Finally, the other band members gave an ultimatum where they stated if the singer doesn’t get the surgery done, then they will end up hiring a new lead singer.

And sadly, that happened. The tensions got intense and the members had no other option but to replace Steve. In a 2018 interview, Steve revealed that his personal decisions of having or not having hip injury surgery were in no way affecting the business of the band. In fact, it was a private matter that was only affecting himself and his family.

Thus, he clarified that it was due to his hip injury that Perry had to leave the band permanently. Moreover, he even explained in another interview how he never felt to be a “part of the band”. There were a lot of disagreements with the manager as well and everything led to this messy situation.

Where Is Steve Perry Now After Leaving “Journey”?

Steve actually disappeared from the music industry post his separation from the band. He made only a few appearances and did a few interviews because the artist stared at how he gradually couldn’t write or sing.

The true purpose of writing music was lost in the process.  In 2018, he completed the unfinished album that he started long back named “Traces”. And he returned to the music world yet again.

He stated, “I started writing and recording these songs with the creative freedom that I was the only one who would ever hear them,” “Along the way, I rediscovered my love for music. Each track represents traces of my past but is also a hopeful look into the future. I invite you to listen with an open heart.”

Furthermore, he totally clarified that there will never be a point in his life when he will be joining his bandmates again.

In an interview with iHeartRadio, he said, “For a long time, I could barely even listen to music,” “My last show with Journey was February of 1987. Then one day, it hit me that I couldn’t do this anymore. I felt as if I had to jump off this merry-go-round — this big beautiful mothership that we had all worked so hard together to build.” 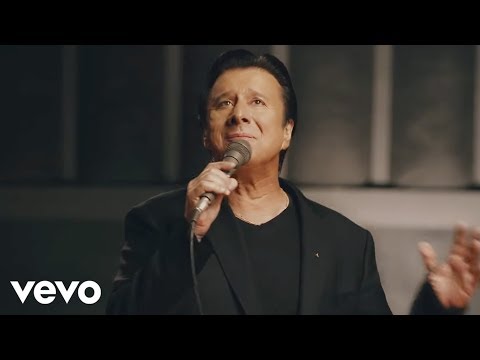 Thus, his reunion with “Journey” may never happen but we can reminisce about his music through his old compositions.

Slowly, Steve is returning back to the industry and he is establishing his solo career that he had left back due to health issues. Fans are wishing him all the best and we hope that our favorite singer rises back to fame again!

In 2018, the vocalist confessed that hip surgery was the reason he left the group. The singer didn’t think the band should be engaged in his injury choice, which affected him and his family.

Stay tuned to Leedaily.com for more updates and related news.