The 58 years old former AFTV personality and Arsenal fan Cloude Cellagari has passed away. This sad news was confirmed by a Twitter account @ClaudeBanstas, as they shared it on Twitter after getting permission from his father.

Tweet from the source reads as follows: “We can’t believe we are writing this, with permission from Claude’s father, it is with great sadness and a broken heart that we have to announce that our dear friend and legend Claude sadly passed away yesterday afternoon 29th March.”

“We ask that you please respect the privacy of Claude, his family, and friends and be respectful at this sorrowful time.”

After knowing about his death, Fans on social media paid tribute to the staunch Gooner.

RIP Claude 🙏🏿 AFTV Certiii 📺🍿😅 condolences to all his family

Really sad to hear that Claude has passed away.
Claude was an unbelievably passionate ⁦@Arsenal⁩ man & was brilliantly witty, but unfortunately in a world where people take more pride in being ‘savage’ than being nice, he had his ups and downs.
I really hope that Claude… pic.twitter.com/AH2WBfs6qf

that news is actually so sad, may claude rest in peace❤️

this video won’t be forgotten pic.twitter.com/LEevwPznNt

Since July, no one saw him on any channel after an incident involving Spurs player Heung-Min Son saw him removed indefinitely. But, throughout his life, he always loved to attend games home and away. And Claude was one of the famous Arsenal fan channels ‘AFTV.’ Moreover, everyone will remember him for his passionate rants and his “IT’S TIME TO GO!” catchphrase.

The Reason Behind the Death of Claude Callegari 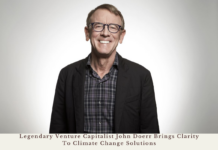 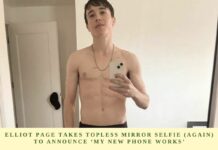 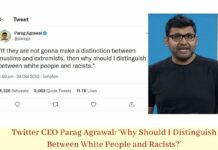 Twitter Chief Executive Officer Parag Agrawal: “Why Should I Distinguish Between White People and Racists?”