After a bad previous season, three-time IPL Champion Chennai Super Kings is all set to start the new season against Delhi Capital.

Well, that was sort of expected after stars like Suresh Raina and Harbhajan Singh pulled themselves out of the world’s biggest cricket league.

Now that IPL 14 is happening in India, along with some new additions, he’s all set to make his full-time return for CSK.

On paper, CSK looks more balanced side this year. But just like the previous, they may struggle because of the top order.

The same happened last year when CSK tried every possible combination with Shane Watson but nothing positive came out of it.

Now that Shane Watson has retired from IPL, CSK will have to choose between these 4 players for the top order:

Well, out of three available options I would like to see Ruturaj Gaikwad and Robin Uthappa.

If you remember clearly, Robin Uthappa opens the innings for KKR when they won the IPL trophy in 2014.

In case the opening there fails to score runs, the pressure then comes to the middle order.

Now that Suresh Raina has returned, I am expecting to see him bat at the third position.

After the middle plays its part in the game, it comes down to the all-rounders to pace up the Innings to finish the innings on a high note.

So for that, You can expect the trio of…

As compared to the previous year, I don’t think Chennai would be making any major changes in its bowling lineup.

After an Injury in the recently concluded Ind vs ENG series, Delhi Capitals captain Shreyas Iyer injured his shoulder.

And because of the injury, he’s completely ruled out of the tournament.

Now, in his place, the young Indian cricket sensation Rishabh Pant is all set to take over his place as captain.

At the top order, DELHI CAPITALS has to choose between the three available options.

Out of the three available options, Shikhar Dhawan is guaranteed to play at the number one position.

And between Prithvi Shaw and Ajinkya Rahane, I am expecting Prithvi Shah to bat at the 2nd position.

Now after the opening pair comes the middle older.

Here, I am expecting to see…

✅Steve Smith at the 3rd position

✅Ajinkya Rahane at the 4th

✅Then the captain and wicketkeeper Rishabh pant at the 5th position.

Now after the middle order, Delhi Capital is expected to pick 3 all-rounders.

The three All-Rounders will bat at positions #6, #7, and #8 respectively.

Similar to CSK, it’s highly likely that Delhi will include these three main-line fast bowlers at positions #9, #10, and #11.

The tournament’s 2nd match between CSK & DC will take place at the Wankhede Stadium, Mumbai. And the match is likely to commence at its scheduled time of 07:30 PM IST.

The match between CSK and Delhi capitals is like the Past and the future of Indian cricket coming face to face.

In Indian cricket history, Dhoni is considered one of the best wicketkeeper batsmen.

Now from the past four to five months, Rishabh Pant has played like a Rockstar. And has filled up Dhoni’s place like no other player.

Be it against Australia in Australia or against England in India.

The contest between the two teams will be quite fun to watch.

But as a die-hard Dhoni fan, I will always place my bet on Chennai Super Kings.

Which team are you supporting?

Do let me know about it in the comment section given below. 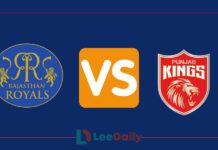 RR VS PK: An Opening Battle Between Two Underachievers 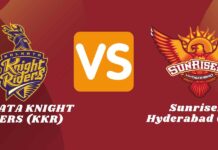 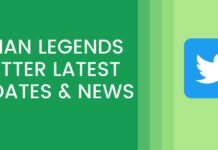