We all are aware that Dynasty Warriors is one of the most loved video games and now the filmmakers are going to release its film version this July 2021 on the world’s most popular OTT platform popularly known as Netflix. The video game franchise is about famous figures from Chinese History who use massive weapons and mystical powers to kill huge numbers of nameless enemies and troops. The film is an adaptation of this video game that was already released in theatres of China and Hong Kong earlier this year from where Netflix took the distribution rights for the movie. The film is directed by Roy Hin Yeung Chow. The entire movie is centered on the first ruler of Shu Han, “ Liu Pei” who defended his state in the three kingdom period. Let’s get more into details…

The curiosity and the speculation of the fans are almost over because the filmmaker has officially announced the release date of the movie that is Thursday, 1st July on well-known platform Netflix. However, there has been a trailer already released over Netflix available on YouTube as well. We can have a glimpse of what is coming over on Netflix this July.

The makers made sure to make the movie one star-studded film which could attract more viewers towards it. The movie is all of the talented characters who are from leading backgrounds. Its casting actors are Louis Koo as Lu Bu, Kai Wang as Cao Cao, Ray Lui as Yuan Shao, Justin Cheung as Zhang Fei, Carina Lau as Amster of the Sword Forge Castle, Tony Yang as Liu Bei, Coulee Nazha as Diao Chan, and Geng Han as Guan Yu. Eddie Cheung, Suet Lam, Philip Keung, Rich Ting, Jonathon Wong.

The film will be featuring the golden period of Imperial China set off for its end just because of their greed, corruption, anarchy, and having accused and damaged the second Imperial Dynasty of China which is also considered as the golden age of that time, called the “Han Dynasty”.

Taking advantage of whatever is happening in China in discord where the country is thrown into the chaos of the enemy. As the chaos keeps on rising, there will definitely be a simultaneous rise in the heroes and villains fighting off at their ultimate will and they will be changing the fate of Imperial China.

This video game series has always been about ridiculous and over-the-top action and the first trailer matches that energy perfectly. Other than action, the movie`s story will be based on the Chinese historical text, Records of the three kingdoms which gives a glimpse about earlier battles fought on the ground of Imperial China`s Han Dynasty and many subsequent battles between them after the fall of Han Dynasty’s fall.

Dynasty Warriors will be capturing many famous battles like the Battle of Hulao Gate, Battle of Chang Ban, Chibi, and many more battles.

You can enjoy watching the trailer here.

This trailer is all about the action as it jumps from one magical move to the next move. In the trailer, warriors crash onto a battlefield and set everyone on fire with their giant crescent blades. The trailer gives us a short glimpse of other characters as well from the movie showing off their own army-destroying powers.

Of course, there are also a few shots devoted to Lu Bu ( Louis Loo), one of the dynasty warriors’ most famous, most powerful characters in the trailer. In a scene, he takes on three generals at once and decimates an enemy army with lightning that shoots out if his halberd.

-Till then stay tuned for further updates 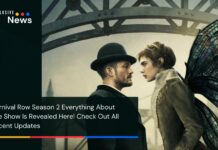 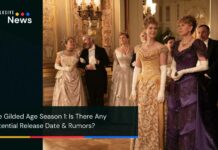