The Trump-Biden rivalry is proving to become the most distasteful legacy left by any former president of America. Trump’s vexatious nature has been down to his supporters as well as they share his love for violent and abhorrent behavior to supposedly Make America Great Again.

Trump has been making the news for the recent January 6 Capitol Insurrection as he is under an investigation probe by the select house committee after allegedly inciting the riot.

The rivalry has been taken by storm as Biden waived Trump’s attempts to shield the documents requested by the committee refusing to assert executive privilege.

The flames conflagrate as last year’s happenings just before the presidential campaign come to light again. Trump’s supporters have refused to accept the results as legitimate, continuously demanding the rigged elections to be considered invalid making Trump the true president again.

But before the elections, their extreme aversion can be seen in a freeway campaign on the Texas Highway as Trump’s supporters, it wouldn’t be wrong to say, completely pull out a full mode ambushing attack on Biden’s bus making it the subject of their frustrations.

Biden’s aides are left fearing their safety as Trump’s supporters surround them right and left and immediately reach out to local law officials. 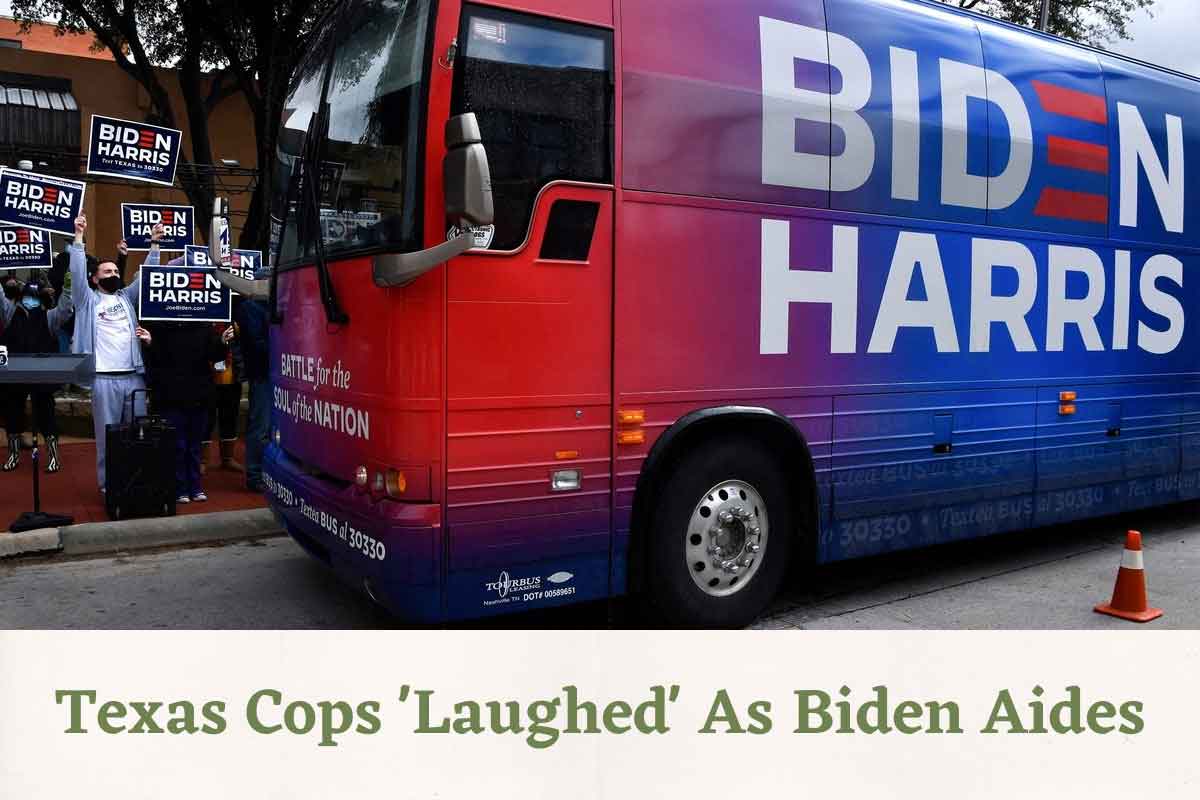 Instead of providing any assistance to the fearful staffers, the law officials seemed to rather be enjoying their plight, as they are seen laughing and bickering exhibiting the most non-serious approach.

Not only were the San Macros officers completely ignorant of the safety concerns of Biden’s aides but went as far off as to call them disrespectful slurs like, “tards”. This all has been reported by the amended federal lawsuit details.

The incident that happened on 30th October has been going viral by the name “Trump Train”. The videos of The Trump train event have shocked citizens who are appalled at the audacity of Trump’s supporters.

Make America Great Again flags are sported by Trump’s devotees’ cars as they try to force Biden’s campaign bus off the road, hitting it right and center completely terrorizing the staffers on board.

The episode was addressed by Trump in his usual manner of exacerbating disputes as he retweeted a video of the horrifying incident showing a White SUV colliding with the Black campaign truck captioning it, “I LOVE TEXAS”.

San Marcos Officials Straight Up Refuse to Assist Terrified Staffers on Board:

The Trump train followed the bus for ninety minutes or more and left no chance at showing their violent tendencies as they moved around the entirety of San Marcos city lines. The staffers reportedly called 911 and immediately requested police escorts.

The lawsuit filed against San Marcos law officials alleges that despite their cry for help they were not approached by any assistance and according to the text messages and audios they turned a blind eye to the ordeal by making it a moment to joke and make fun around.

All the States That Don’t Tax Social Security

The officials disrespectfully retorted at their concerns and trivialized their struggle as staffers voiced their concerns of hard breathing by saying they should just leave the train or drive defensively. The lawsuit has been filed by the bus driver, Timothy Holloway accompanied by the former state Sen Wendy Davis and others.

The lawsuit also alleges that apart from their ignorance they also plainly refused to provide any assistance saying no, they will not be escorting a bus. They felt the situation was not life-threatening and even though a staffer who fielded the call kept exasperatedly exclaiming he feels in danger by the terrorizing Trump train and begged for a police escort, the dispatcher however straight up refused and claimed this was his chief’s orders.