The former President of the United States, Donald Trump says that they will be back and that too, stronger than ever, in the Veterans Day video which was recorded in a room that quite resembled the Oval Office

Veterans Day, formerly known as Armistice Day, is a federal holiday in the United States commemorating military veterans of the United States Armed Forces who were discharged under conditions other than dishonorable. It is observed annually on November 11th.

It falls on the same day as other commemorative holidays such as Armistice Day and Remembrance Day, which commemorate the end of World War I in other countries.

When the Armistice with Germany entered into force at the 11th hour of the 11th day of the 11th month of 1918, major hostilities in World War I were effectively terminated. Armistice Day was renamed Veterans Day in 1954 at the request of key veteran organizations in the United States.

In his final full year in the White House, Trump did not give a speech from the Oval Office or anyplace else on Veterans Day, 2020. Biden’s 2020 presidential election was called just days before the holiday, and the former president remained tight-lipped at the moment, refusing to concede.

Trump supporters criticized former Vice President Joe Biden earlier this year for appearing in films shot in a “fake Oval Office.” The videos were shot from a set in the South Court Auditorium of the Eisenhower Executive Office Building, which is part of the White House complex.

During their respective presidencies, Trump and former President Barack Obama appeared in the same room to make announcements, however, the space was outfitted differently. 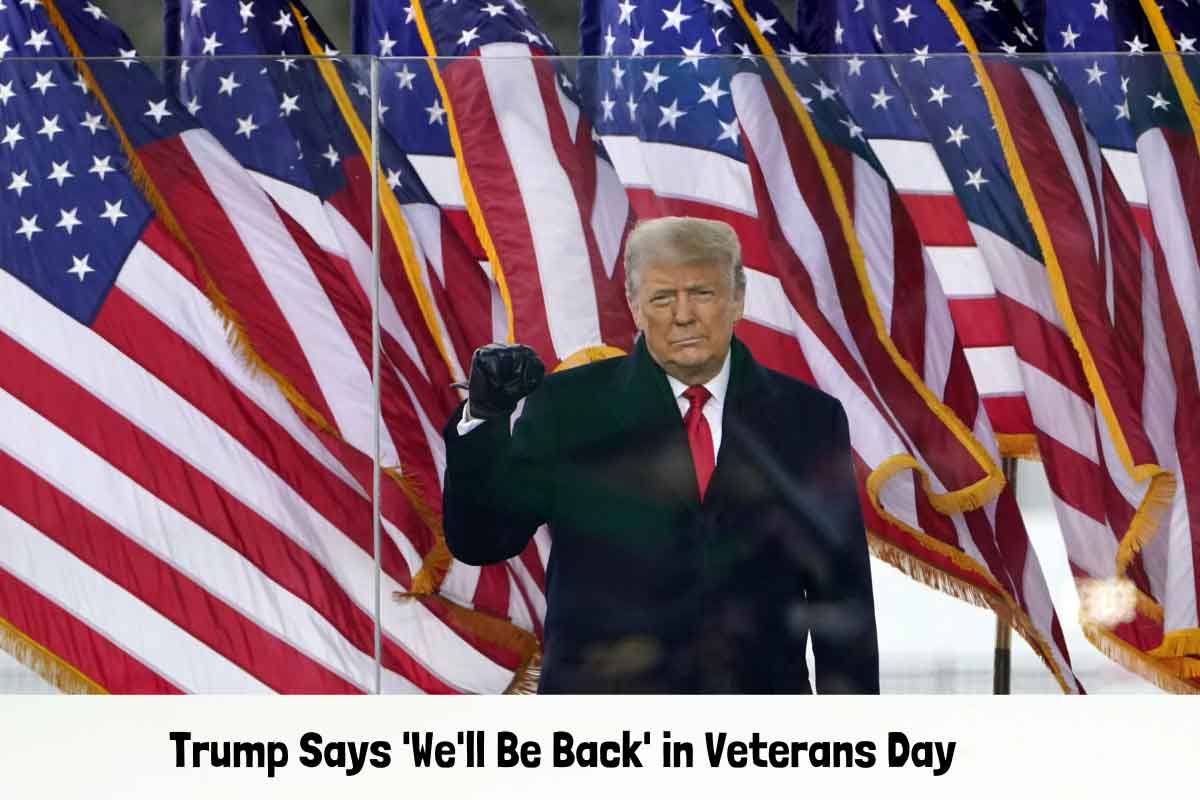 The Setup for the Video and Its Message

For the duration of the 38-second video, which appeared to have been filmed in a space that looked like the White House’s Oval Office, Trump sat behind a large desk wearing a dark suit and red tie.

A telephone was placed on the desk to Trump’s right, and an American flag was positioned behind the former president’s right shoulder, as it was in the Oval Office.

The only different thing was that there were no windows behind the desk, as there are in the Oval Office, which was replaced with a small set of white blinds that looked like a closet door.

In the video, Donald Trump paid respect to all the Veterans that had served the country. He said that the Veterans are amazing people and have served so well that the country loves them and respects them for all that they have been through for the nation.

Owners of CNY Donut Shops Found Guilty of Not Reporting Over $2.8 Million to IRS

Trump has continued to claim that the election was “stolen” from him, despite the lack of evidence. Last month, the former president advised Republicans not to vote in the 2022 midterm elections or the 2024 presidential election unless the “Presidential Election Fraud of 2020” was resolved.

Trump has hinted at candidacy for re-election in 2024 on several occasions, but he has made no clear promise. He indicated he would “probably” reveal his choice after the 2022 midterm elections in an interview with Fox News earlier this week, adding that a lot of people would be quite happy.

Nobody knows what happens in the midterm elections and the Presidential elections but what we know is that in these elections, both the parties will present a strong competition. Nonetheless, the drama will be exciting.