Hunter Biden is the son of President Joe Biden who has made it to the news in earlier instances. Go back to the 2020 Presidential Election campaigning time, when Trump and some other Republicans were appealing for a probe into the ‘Laptop Scandal’.

According to a story done by the New York Post at the time, a laptop was dropped off for repair at a local computer store but was never picked up. The store owner Mac Isaac had looked into the hard drive of the Macbook to find some clues regarding the owner.

To his surprise, he found out that the laptop belonged to Hunter Biden, and contained some information which he was disturbed to find out. Mac Isaac contacted the FBI to handle the matter. After some time had elapsed, Mac Isaac reached out to Rudy Giuliani, Trump’s lawyer.

Though both media giants found out that the emails and other information stored within the laptop were in no way linking Hunter Biden’s transactions to the then Vice-President Joe Biden, these allegations set the scene for the newest NYT report.

Mr. Hunter Biden was one of the founding partners of the Bohai Harvest RST Equity Investment Fund Company, commonly known as the BHR group. This equity firm was founded in 2013, with Hunter Biden and 2 other Americans owning 30% of the shares.

A few early business deals were made such as helping out an Australian mining company controlled by a Chinese firm with its finances, the selling of a Michigan-based auto parts company to a subsidiary Chinese defense firm, buying and selling stocks of CATL- China’s leading vehicle electric battery manufacturer.

The deal under question was initiated in 2016 through which the BHR Group helped a Chinese mining company called China Molybdenum to buy one of the richest mining deposits of Cobalt from the American company Freeport-McMoRan.

This mine ‘Tenke Fungurume’, located in the Democratic Republic of Congo has large deposits of cobalt and copper which are now increasingly being used in making electric vehicle batteries. 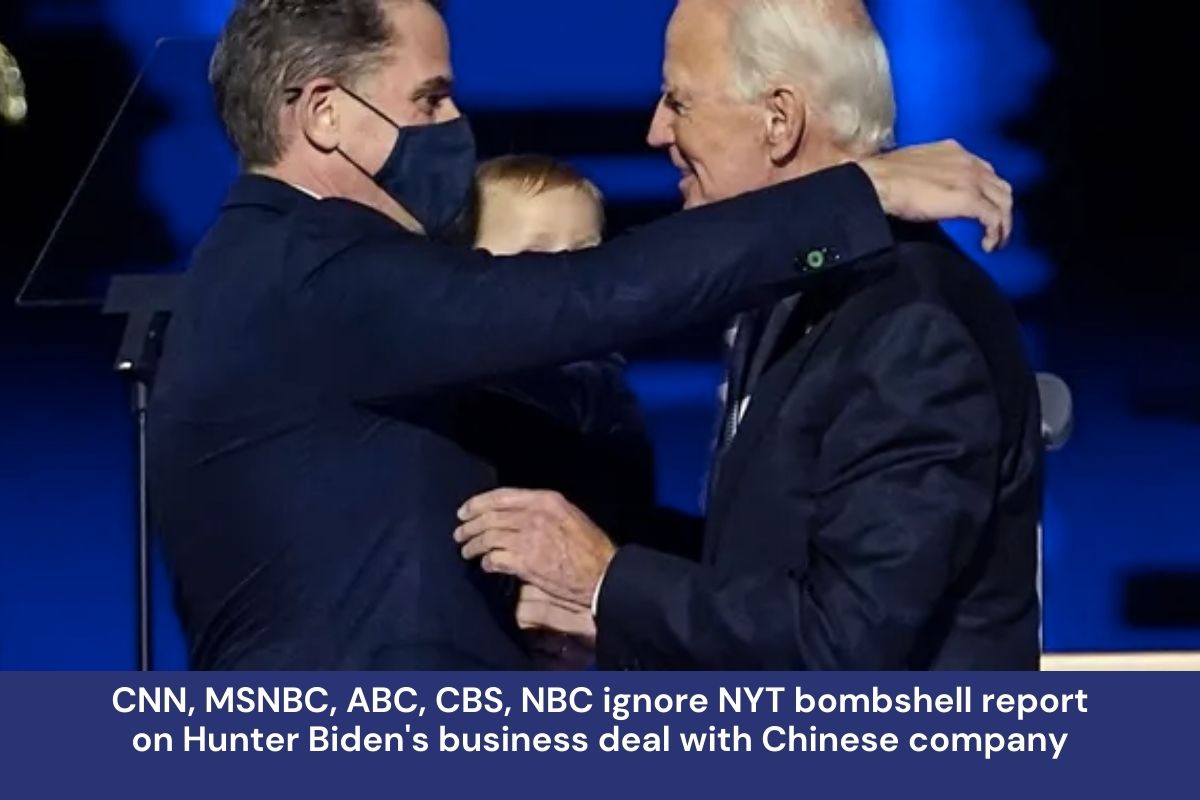 The money BHR raised to buy out some of the stakes of the mine was obtained through Chinese Banks and State-backed firms.

About two years later BHR sold its shares to China Molybdenum as per the agreement signed initially. At the time of selling those stocks, Mr. Hunter Biden possessed 10% shares of the BHR Group itself via a company ‘Skaneateles L.L.C’ registered in Washington.

In 2020, Mr. Hunter Biden’s lawyer stated that his client “no longer holds any interest, directly or indirectly, in either BHR or Skaneateles”.

How Is the Deal Relevant Now?

The ‘Tenke Fungurume’ mine deal is of significance right now because the US Government has voiced its concerns regarding the growing influence of China in the cobalt mining industry. China may obstruct the USA’s drive towards the growth of its electric vehicle industry.

Joe Biden seems to be unaware of the deal and its details, as can be judged from the response of a White House spokesperson. The issue of Hunter Biden’s business transactions has always been highlighted in the media because it might show a conflict of interest.

Cnn and Other Liberal Channels

CNN, along with mainstream leftist media such as MSNBC, ABC, CBS, and NBC news networks have ignored this issue.

They failed to showcase the report to their respective audiences. Just like the previous occasion, when at the time of the 2020 elections, none of these networks had highlighted the laptop scandal. CNN’s bigwigs were heard as saying ” We are not going with” the New York Post’s story, in a leaked audiotape.

NBC News had given reason for its lack of coverage in an article published in 2020. Where they had described their constraints thoroughly. However, with the latest report of NYT, the possible explanations for repeating the same began or are yet to be known.