Samsung is making plans to establish a semiconductor factory worth $17 billion in Taylor near Austin, Texas, over the next three years as a part of an attempt to boost its manufacturing ability and reduce the worldwide chip crisis.

On Tuesday, the tech giant announced the 5 million square meter facility, a day following the news came out by The Wall Street Journal.

The factory will be focusing on helping to increase the production of advanced logic semiconductors, which are utilized in computers and phones.

The vice president and research director at analyst firm Forrester, O’Donnell, said on Tuesday, “It is following Intel, TSMC, and others to build more production.”

Samsung stated that it believes to build up work so that it can be started by the first half of 2022 and by the second half of 2024 it wishes to have the site in operation.

The estimated investment of the sum of $17 billion will be the biggest investment that has ever been made by the tech giant in the United States. The sum comprises machinery and equipment, building, and property improvements.

Back in 1978, Samsung started its operations in the U.S. and it has a workforce of more than 20,000 people around the nation.  The company said that the most recent investment will bring total investment by Samsung in the U.S. to over $47 billion.

Lack of Diversity Was an Issue- O’Donnell

O’Donnell stated that the new factory “helps expand the geographic diversity from Asia,” saying further that a lack of diversity was “a problem we saw glaringly as the pandemic hit.”

President Biden had stated in February that the manufacture of domestic semiconductors is an utmost priority for his administration. His administration looks forward to finding a resolution for the existing chip crisis and considering concerns of lawmakers that the country has become more vulnerable to supply chain disturbances due to outsourcing chipmaking. 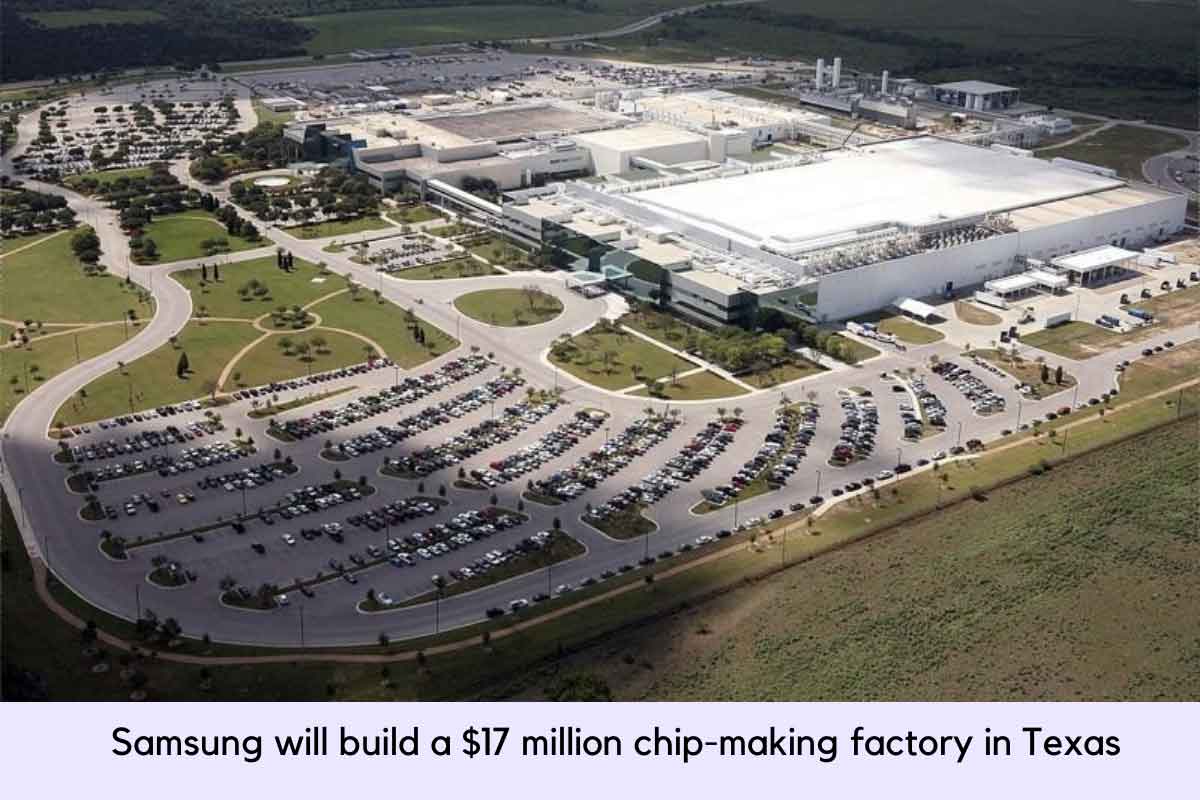 In a statement, the vice chairman and CEO of the Samsung Electronics Device Solutions Division, Kinam Kim, said that the factory will aid Samsung to better serve the requirements of its customers and “contribute to the stability of the global semiconductor supply chain.”

Further, he said that he was gratified with the support it got from the Biden administration and partners in Texas.

The governor of Texas, Greg Abbott, stated the new factory will help in creating opportunities for Central Texas residents and their families.

The vice president of emerging technologies and trends at analyst firm Gartner, Alan Priestley, said that since the company already has a factory in Austin it has a well-established ecosystem of partners and suppliers in Texas.

He said, “A lot of semiconductor companies have development sites in Austin so it’s a good pool of resources.”

Further, Priestley added, “As with any major investment like this there were no doubt local incentives (tax breaks, financing, etc) to encourage Samsung to build in Texas.”

“U.S. semiconductor manufacturing has waned over the past decades and Washington rightly sees this as a national security risk. Texas has the right weather and geological stability for such a facility and a good supply of tech-savvy workers,” said O’Donnell.

Two Major Rivals of the Company

The two major rivals of the company in the semiconductor manufacturing sector are TSMC and Intel.

Intel announced in March that it is spending $20 billion to establish two new chip plants in Arizona. In the meantime, TSMC is also setting up a new factory in Arizona.

The wide majority of the world’s chips are presently made in Asia, with South Korea and Taiwan being especially hotbeds of activity. The U.S. and Europe desire to commence making more of their chips.

According to the company, headquartered in Hsinchu, Taiwan, TSMC was accountable for 24 percent of the semiconductor output of the world in 2020, up from 21 percent in 2019.