Home Finance Fact-check: Under Build Back Better, Will You Be Audited by the Irs...

Biden’s build-back better plan has caught the greatest hype this year. Some think it’s based on very far-fetched assumptions which are somewhat true because it is highly unlikely to assume the tax revenue generated from tougher IRS reinforcements could fund his social betterment and climate change plans.

This is because most people will not be convinced to pay their taxes no matter how pressing authorities get. Despite apparent opposition, Biden is determined to make America great again with this initiative but this doesn’t mean it will be an easy task.

A recent statement by Kevin Mcarthy, the House minority leader, has targeted the proficiency of the Build Back Better plan. He stated that if a family spends $28 daily they should expect to be constantly audited by the IRS.

However, We think there isn’t much truth to the statement. In his 8 hour speech before the finalization of the bill on November 19, he targeted every nuance in the Build Back Better legislation.

The $1.75 trillion bill aims to strengthen America’s infrastructure and increase spending on clean energy alternatives. It will also target providing social security to millions of Americans through child tax credits and stimulus payments.

The funding for the legislation will mostly be provided by the tax revenue collected from the wealthy. The program will reduce the gap between opportunities for the poor and wealthy, allowing an individual from less privileged backgrounds access to the same opportunities so they can escape the cycle where the poor remain poor and change their lives for the better. 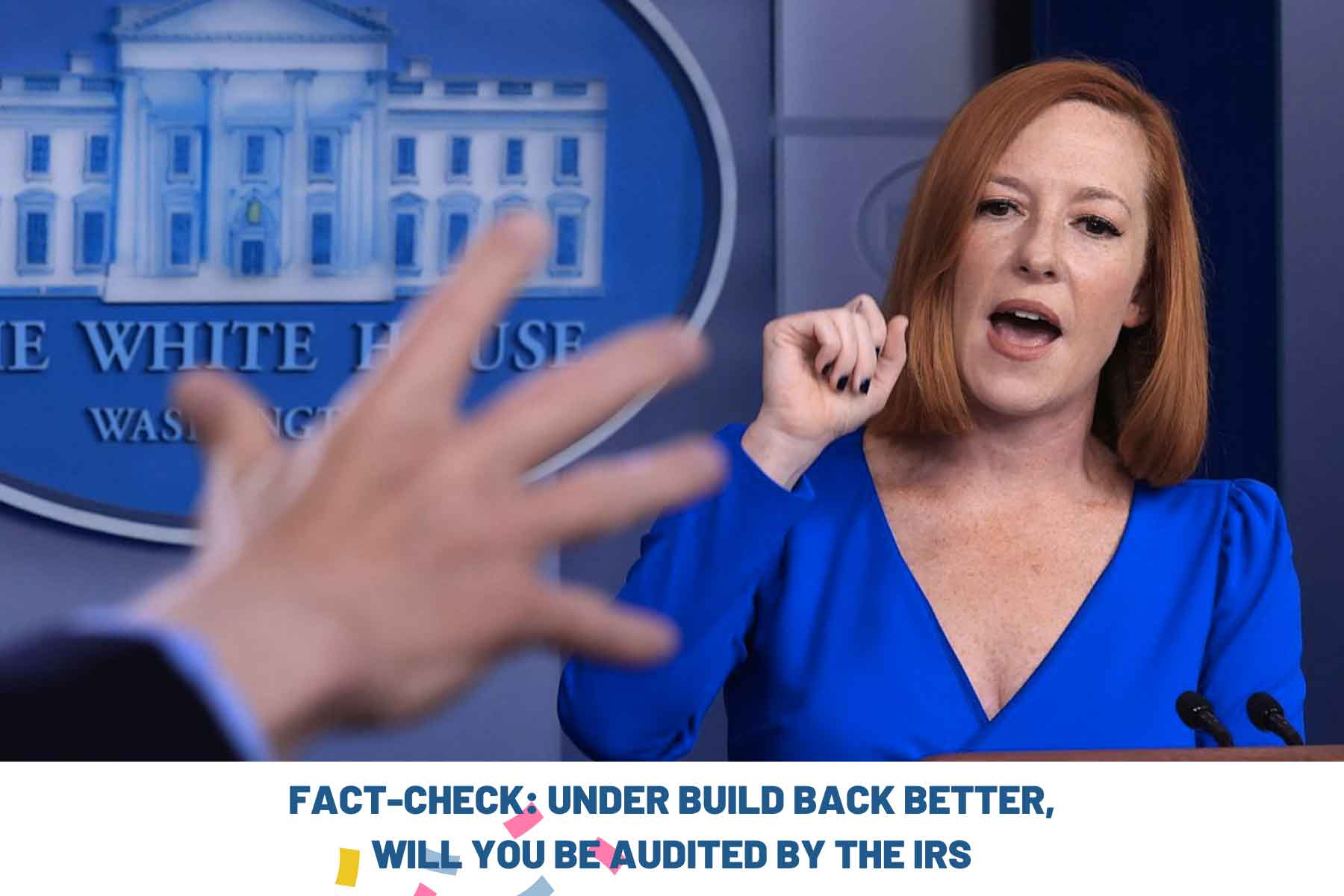 Mcarthy Reveals His Frustration but Is His Statement True?

McCarty expressed his frustrations regarding the program’s limitations. He said in his speech that what angers him the most is how the bill would impact IRS audits. This could mean that a family should expect to constantly be troubled by IRS audits if their daily spending is $28 or more.

He also made remarks about his previous statements saying that the IRS will use this legislation to keep all Americans under surveillance. However, our research has revealed that McArthy’s claims are an exaggeration of the actual provisions of the bill.

Even if the bill comes into practice it will direct the investigation probe towards wealthy taxpayers who don’t pay their due taxes. The bill will be investing 79 billion dollars to improve the IRS reinforcement service and as per the legislation, anyone below the wage of $400000 will not be applicable for the increased tax jurisdiction.

What Does Biden’s Bill and the Irs Say About Audits?

Michael Kaercher who is a senior attorney advisor also reported these claims to have no substantial basis as the legislation aims to procure the funding by garnering increased taxes from the rich only.

According to the Treasury Department’s May report, Biden’s plan aims to amend the inequities by targeting large corporations who are responsible for the high-end evasions, and those with less than $400000 income should rest assured that the audit implications would not befall them.

CBO has reported that tax rates would rise for everyone but wealthy taxpayers will be facing most of the increased taxes.

Fact or Just Another False Statement?

According to the University of North Texas’s accounting professor, Casey Shwab being audited and monitored by the IRS are nowhere near the same.

He added that people fear audits thinking they’ll receive letters telling them they owe money but the IRS keeping a tab for tax evasion doesn’t necessarily mean getting audited. He also remarked about how it’s not an easy task to conduct an audit and it would take more than just spending 28 dollars to risk being audited.

The IRS already has background information of Americans who are doing jobs or have retired so there’s no need to target them. Only individuals who have an outflow of 10000 dollars more than their income will be marked.

From what we have gathered, Mcarthy’s claims do not fall true for the Build Back Better plan and his vague statement misses out on a lot of key points. He has confused IRS monitoring with audits and we consider the statement factually incorrect.