Some of them even protested to ban it forever. According to the anti- CRT group, this should not be included in the curriculum of the students as it will only seed hate in their hearts. But on the other hand, Some people gave the rational reasoning that everyone should be aware of the concepts of this theory.

What Is Critical Race Theory?

The theoretical concept of Critical race theory emerged decades ago, primarily by legal scholars. Still, it has also been taken up by social sciences, and it has one kind of simple premise, and that is the fact that racism isn’t simply housed in individuals. Still, it’s housed

in our social institutions in our education system in our criminal justice system in the labor market in housing, and part of thinking about that is that we must be critical in our approach to extend beyond the simple individual explanation of racism and instead look at how racism is gotten its roots into our policies, our rules, our procedures and our laws that then disparately impact people in society.

It has already paved its way into educational institutions, and now it is making quick progress into others like media and politics. It is estimated that it will completely change the very nature of America and the way you live if it is going to hold up for long. Nothing is essential for Critical Race Theory except your race.

And the color of your skin. That’s what defines who you are. And nothing else, Not your behavior, Not your values, Not your environment, Your race.

Why Are Some People Against the Critical Race Theory?

The whole purpose of Critical Race Theory is to provide Americans with a way to understand the legacy of racism, even though those stories sometimes hurt. The opponents believe that It’s anti-American training that vilifies White people and demands they apologize. 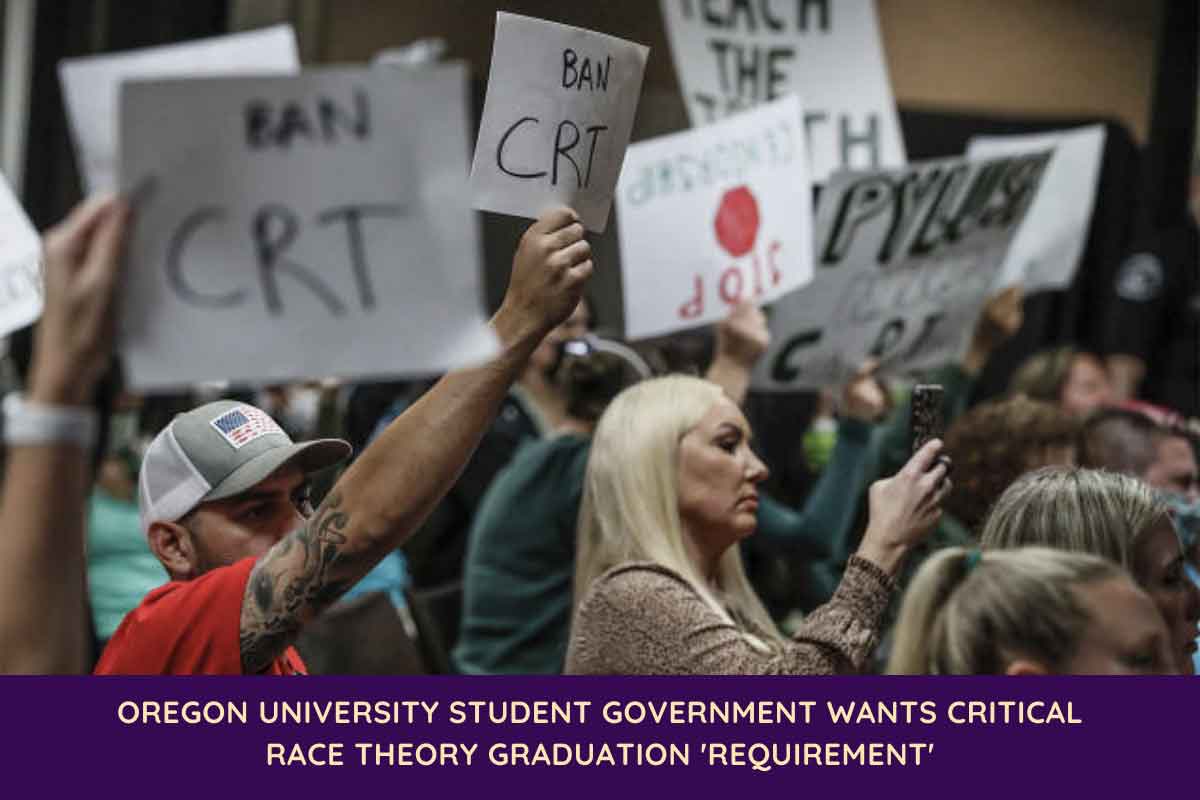 They believe that critical race theory denies the American effort to remove racism from its roots. The followers of critical race theory will find racism in anything because their mindset is developed this way to oppose everything and make whoever they want a “victim.”

The push against CRT gained steam under former President Trump when he directed federal agencies to end any diversity training related to Critical Race Theory. Though ultimately blocked on First Amendment grounds

and rescinded by President Biden, the fight over CRT at the state level is still in full effect.

What Are the Demands of the Student Government at Oregon University?

The president of the student affairs at the University of Oregon, Isaiah Boyd, described the need for the student government in the meeting held on Wednesday. He wants the critical race to theory to be included in the syllabus as a separate course and make it a permanent requirement for the undergraduate degree.

He further added that the university students want this to be added to the curriculum at its earliest as it is their priority.

According to his statement, he demanded that education of racial indifference is necessary to learn to understand the effects that racism had on people in the past and what could be effects in the near future.

The administration of the university is also taking notes regarding the ongoing situations. They are trying to make a statement with the student affairs society.