A Republican has posted a Christmas photo in which her four children are flaunting guns.

Just a few days after a similar picture from Republican congressman Thomas Massie had faced extensive criticism, Representative Lauren Boebert also posted the picture of her children showing off what seem to be assault rifles.

Both of these pictures have been posted as a consequence of the shooting incident that took place in the Oxford High School of Michigan which led to the death of the four students and wounded a minimum of eight others.

The picture was shared by the Republican Boebert with the caption, “The Boeberts have your six, @RepThomasMassie! (No spare ammo for you, though).”

(No spare ammo for you, though) pic.twitter.com/EnDYuXaHDF

The quip about ammunition is about Massie’s gun-carrying tweet which urged Santa to get ammunition.

Massie’s snap was retweeted by Boebert together with the caption, “That’s my kind of Christmas card!” 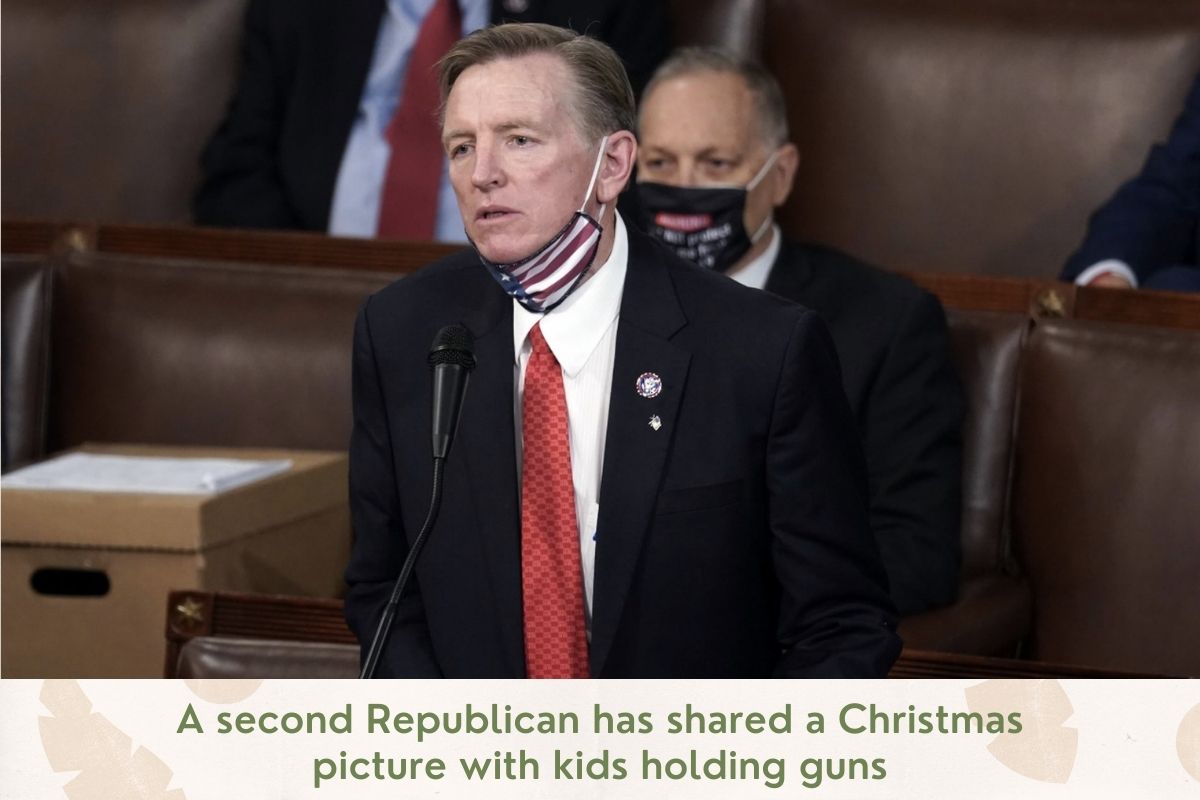 Following the snap was posted, major criticism was received by Boebert as well, with Piers Morgan who described it as “sickening”:

My God…. it’s been just a week since America suffered yet another horrific school shooting and a second politician posts a photo of her young family parading semi-automatic weapons in front of a Christmas tree.
This is sickening. 🤬 https://t.co/NxNYLEyafI

(No spare ammo for you, though) pic.twitter.com/EnDYuXaHDF

She has four kids holding guns in this pic. That’s exactly the same number of kids gunned down and murdered by another kid with a gun just days ago. This party is a death cult, part 335. https://t.co/EZ9APhaGvD

Extra points for your smallest child being around the same age as the kids lost at Sandy Hook and holding the same weapon. It takes a special kind of stupid to be that cruel.. @laurenboebert

Why not focus on legislating or governing? You’re a member of Congress, right? This is acting more like a social media influencer.

This is disgusting on so many levels.

I srsly don’t understand this mentality. Weown guns & we’ve taught our kids how to handle them responsibly. And I feel like part of that is teaching them not to fetishize guns.

This is not normal. Nor should it ever be treated as such. https://t.co/q3Lp3IFpOb

Apart from these, others had a bit light-hearted opinions:

She purchased her child a Raiders sweatshirt? In Colorado? https://t.co/h5or9FiTCP

It was stated by MeidasTouch that they would not share the “deranged” image of Boebert’s children “holding weapons of war”.

Rather, they shared a photo of the four victims in the Oxford High School shooting on 30th November. These four had lost their lives amidst the shooting, their names are Tate Myre, Hana St Juliana, Madisyn Baldwin, and Justin Shilling, 17.

We will not be posting the deranged photo of Lauren Boebert and her young children holding weapons of war.

Instead, let’s honor the teens who were murdered due to this fetishization of guns:

We hope that this was the last picture we have seen this year in which Republicans are flaunting their guns.