Avengers Campus is opening on June 4th. The upcoming event is all set to feature cracking fireworks at Disney California Adventure. Not just that, before the opening, there’s some big news for Avengers & Disney fans.

Avengers Campus Merchandise is now available at the Disney California Adventure. At the Backlot Premiere Shop or the studio store located just near the exit of Mickey’s Philharmagic, you can get your hands on Spider-Bots, Web-Shooters.

There’s a lot of things that’ll happen at the upcoming Avenger Campus event. And that’s what I’m gonna share with you next.

When will the Avengers Campus Merchandise Open?

Officially, the Avengers opening ceremony will open on June 4th for guests, but before that, Disney will kickstart the event on June 2nd at 8:15 p.m. PT via live streaming.

Starting from June 2nd, you get an opportunity to catch a glimpse of a live-action sequence happening around the Avengers Campus.

Even though I’ve already told you about it earlier but now it’s time to get into the specifics.

The specifics include talking about Merchandise that is exclusive for Avengers Campus. 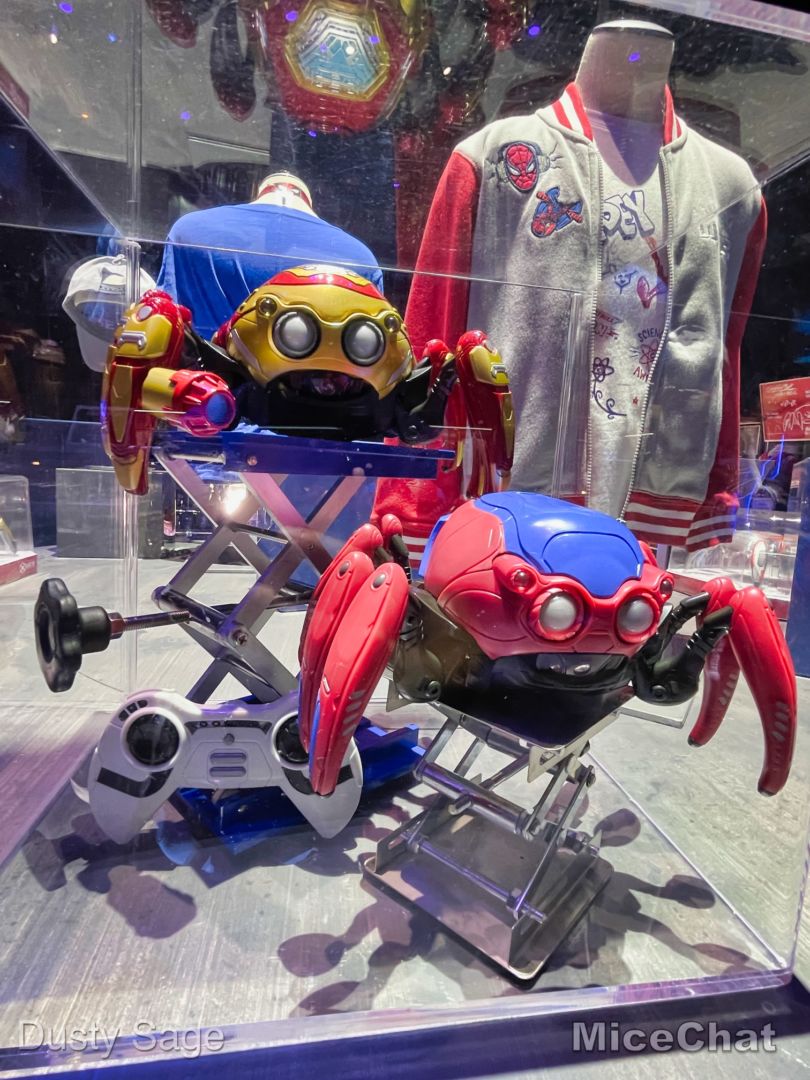 Look at this remote-controlled Spider-Bot. It is available exclusively at the avengers’ campus and the customizable shells called “Tactical Upgrades.”

Once you attach this shell with the spider bot, you can focus on not one but two things – Looks & Battle Behavior.

And this is just with single customization. You can further use Iron Man, Ant-Man, Black Panther, The Wasp, and Black Widow customization.

Once integrated, head over to the fighting arenas and begin testing the spider bots with different customizations.

After trying out different customization, its billing will start from $79.99, and for some, this can be a bit expensive. So, what you can do is go with its much cheaper alternative, “Spider-Bot Basic (Not controlled by Remote),” at just $24.99. 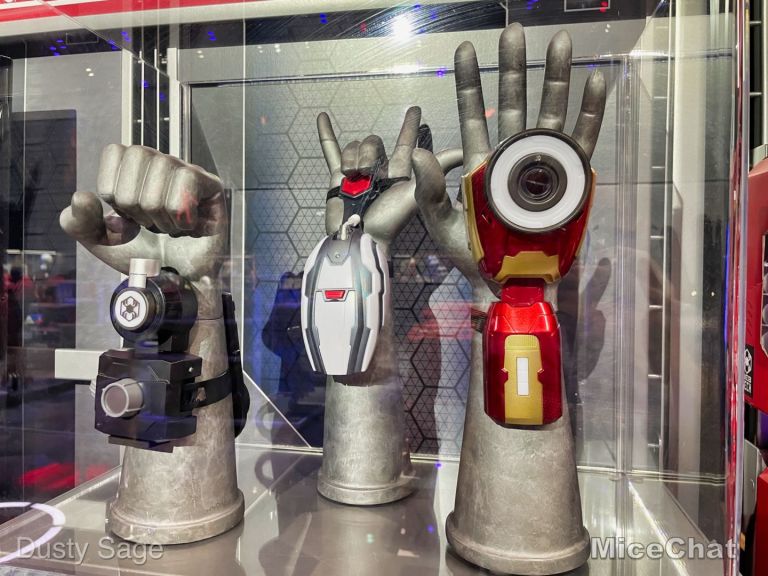 In spiderman movies or animation, you might have seen him shooting the web or the repulsor beam. Well, that’s possible because of Web Slingers & Repulsors.

Now that they are part of Avenger Campus, you can choose between them as an accessory.

However, to make sure both web slingers & repulsor work, you would need to make an additional purchase of a Power Band. 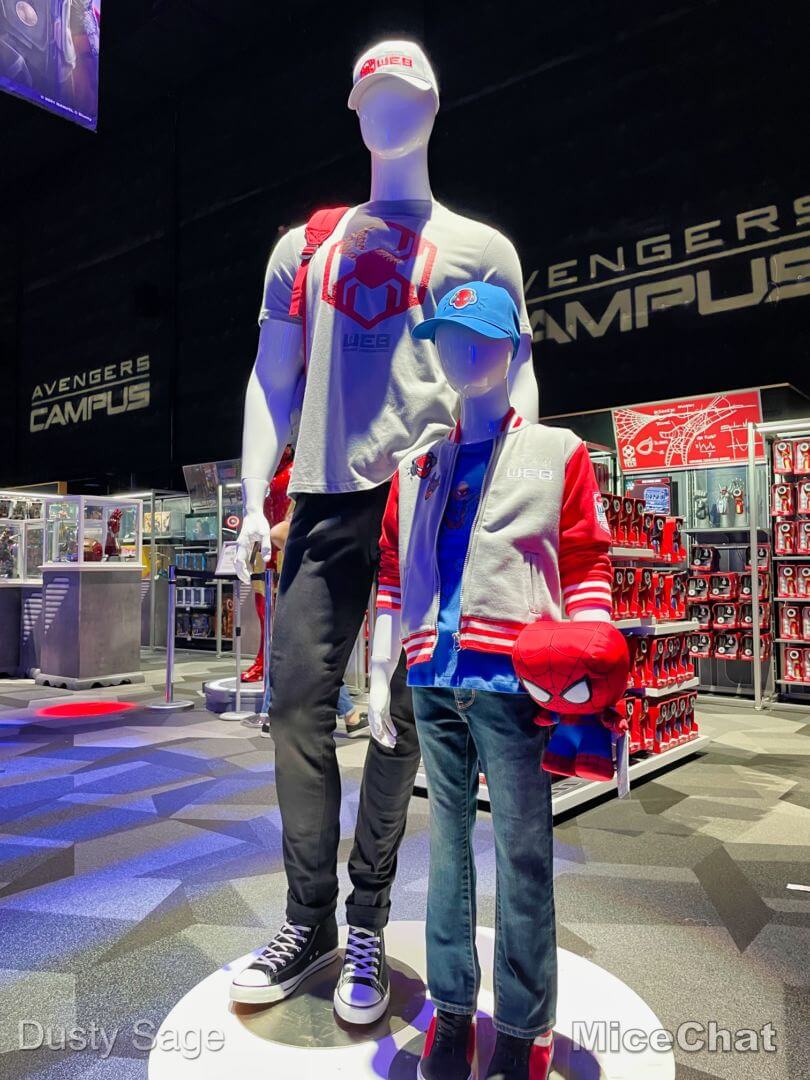 You’ve got the spider bots, spiderman accessories. Now what’s left for you to try out is Apparel.

And when it comes to clothing, most of them come with the Avengers Campus logo that matches Web Slinger’s theme.

From a water bottle to a cap, every exclusive apparel available at the Disney California Adventure.

Despite being an exclusive item, most of the items available at the Avengers Campus are quite new. So, it’s obvious to be a little bit skeptical about them.

The Disneyland Backlot Premiere Shop is home to the new arrivals and higher-end superhero figures, and limited edition comic books.

And if you look closely, you’ll find collectibles of Doctor Strange, X-Men.

How come X-Men? They aren’t part of the Marvel Universe.

Yeah! Everyone knows that. Now that Disney has got both MCU & X-Men in its back pocket, you can expect a crossover between the MCU & mutants shortly.

Even though there’s no official announcement of a crossover between MCU & X-Men but as a loyal fan, I can’t do anything else but wait for them to join hands (especially Deadpool).

If you’re planning to attend the upcoming event, then do let me know what you’re expecting out of it.