A Lien of nearly $800,000 has been filed by the Internal Revenue Service against the City of Warner Robins.

On Wednesday, Mayor Randy Toms stated that recently he got to know about it and is calling for a thorough investigation to discover how it occurred.

He claims that the problem is not of back taxes but a problem of errors while reporting and also neglecting the notices of errors.

When Toms learned about the claim made by the IRS, he claimed that he was literally shocked and disappointed as well.

After Weeks of Declines, US Covid Cases Have Stalled at a High Level: “The Ers Are Packed”

The claim lists tax codes 6721, 6722, and 941. Those codes indicate that the city could not submit adequate details on returns, failed to serve accurate payee statements along with that, and also failed to execute an employer’s quarterly tax return as well.

Mayor Toms claims that during the span of his eight years in office, he has only made attempts to run the city with financial obligations and lucidity.

He stated “There are those who would love nothing more than to make this an issue which derails my continued service to this city, but doesn’t be confused,” continued stating “Let me be clear, the office of the mayor does not keep the books for the city of Warner Robins.”

Tim Thomas who is a former Councilman states that in 2018, the auditors had given information regarding the issues related to filing in a closed-door meeting to the Mayor and Council.

The city hired a company to resolve the problems within less than a year before Thomas left office back in 2019. He claims that it’s appalling that it reached such a point.

“I was kicking and screaming in 2018 and 2019 saying this issue was going to come, and we’re going to have some financial issues,” he stated. “I noticed they’ve raised our utility rates. We’re going to be having more rates on our taxes, and it’s to cover these kinds of issues which we should not have.”

He had no information about the errors in tax filing before this week, Post 6 Councilman Larry Curtis says. 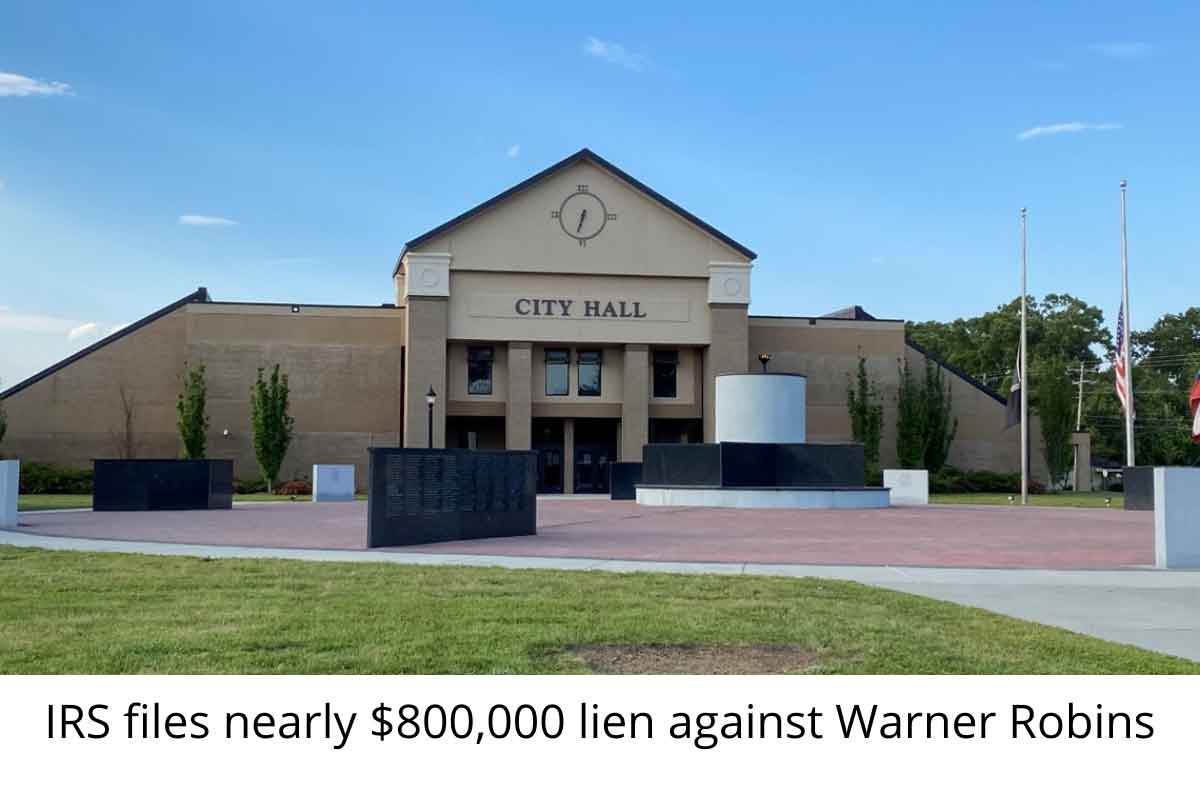 He states that he is disappointed that he wasn’t conveyed about it earlier. It was said by Councilman Larry Curtis that the claim will adversely affect the city even after paying off the debt.

He stated “It’s going to hurt our credit rating,” adding further “Because it’s going to continue to be on our credit after we pay that bill. We’re probably going to have higher interest rates when we go out to do bonds or take loans.”

Mayor Toms claims that he looks over a large panel to ensure Warner Robins operates smoothly. He further stated that he’ll look for resolving this problem and any other related issues that are being faced by the city.

“Anyone not interested in helping run Warner Robins ethically and effectively will not be welcome to stay,” Toms said.

Former Councilman Thomas has given a response to the matter by stating that the mayor is deceiving the public with his claim that he came to know about such problems recently only.

Thomas Said Toms Already Knew Whatever That Was Happening

Thomas said “He knew it was going on when I was on council and didn’t even tell us,” Adding further “The auditors had to come in and tell us. That was an issue for me because we handle finances, and we cannot handle finances if we don’t know exactly what’s going on.”

Toms refused to respond to questions, citing the underway investigation. He claims that soon there should be answers to all that occurred.

LaRhonda Patrick, who is continuing in opposition of Mayor Toms under the coming runoff, stated on her Facebook page. It stated on her end:

“I believe the taxpayers are owed a fair and honest explanation of our current lien and a plan of action on how the administration will resolve this issue. In addition, the council, who also directly represents their constituency, must be informed so they may serve to their best ability.”